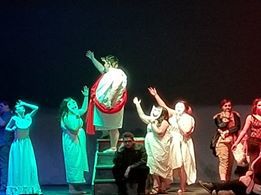 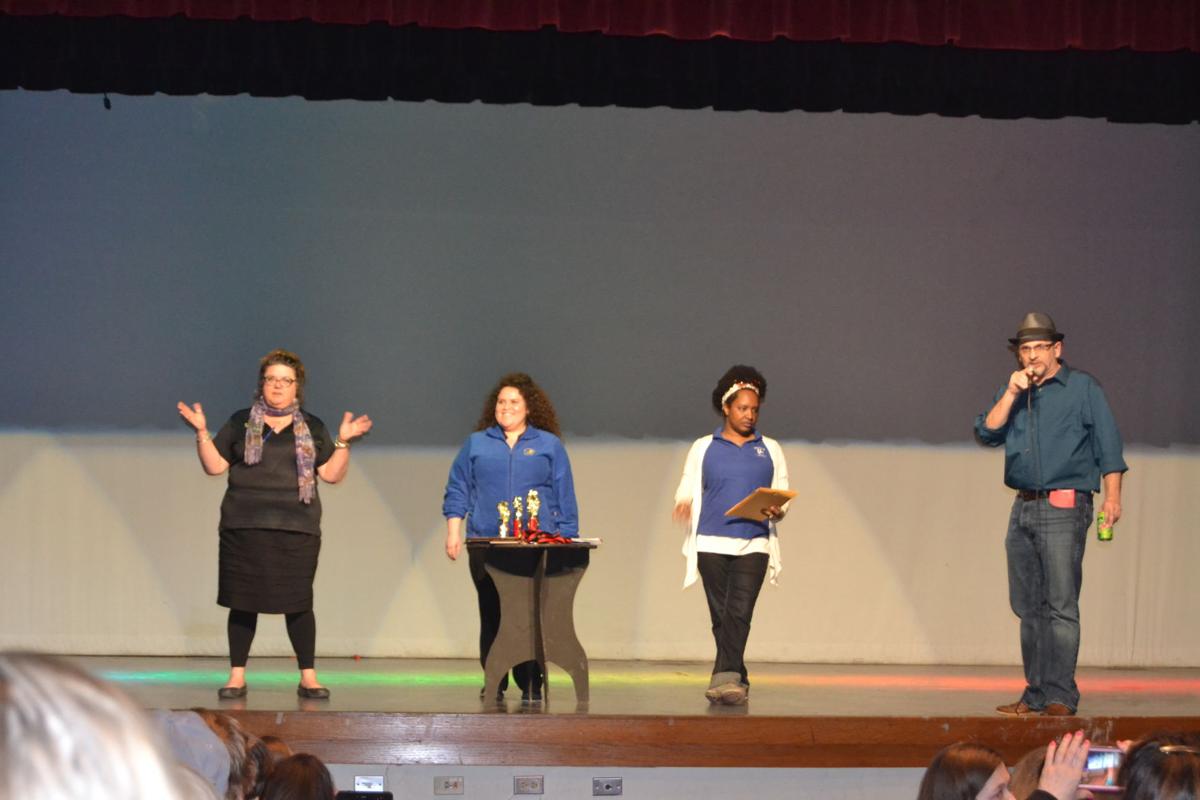 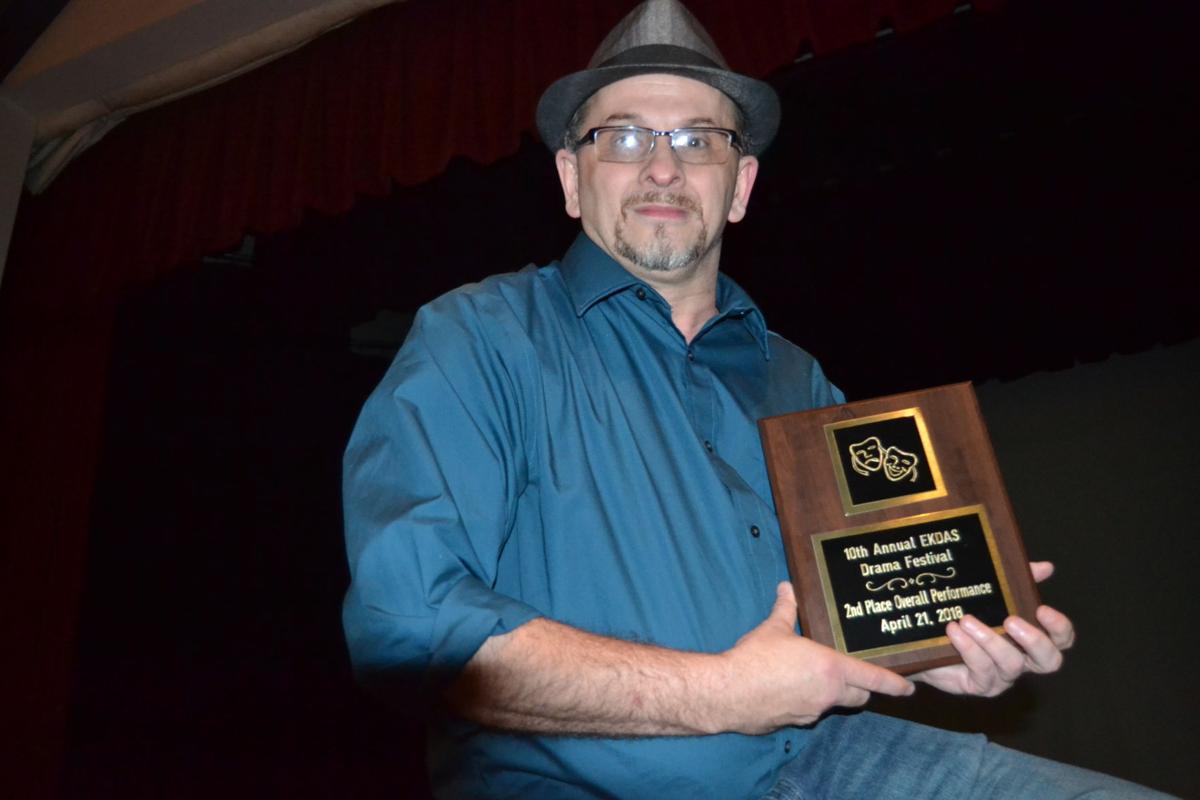 On April 21, Perry County Central High School competed against eight other high schools in the 10th annual Eastern Kentucky Dramatic Arts Society Festival. In addition to winning second place overall in the competition, some of the students of PCCHS received individual awards as well.

“Not many in Kentucky’s theatre community expected this ‘little’ festival to become as big and important to as many as it has, but I did!,” claimed Neace. “Because I knew what the students of our East KY high schools could do through their talents, drive and trust in their dedicated drama teachers and directors,” Neace continued.

For their production, PCCHS performed “The ACTOR Games,” which was a parody version of “The Hunger Games.” In the play, each district (acting genre, in this play) nominated a citizen to participate in the Actor Games by competing with  one another in different acting situations. Before the games began, the hosts would bless them with, “May the Oscars be ever in your favor,” and at the end of each round, the hosts of the game announced the losing genre/district who would face sudden death ... of their acting career, that is.

In the first round the participants had to choose an item and create a commercial to advertise it. The second round was a comedy routine to see who could get the most amount of laughter. The third round called for the actors to tell the most heartbreaking, sorrowful story they could imagine. In the final round that determined the winner of the Actor Games, the remaining actors had to re-enact a death scene listed on the board provided by the hosts.

One of the judges for this year’s event, Corinne Campagna, Assistant Program Director for Shooting Stars YouTheatre; and Theatre Tour Coordinator for the Morehead State University’s The Little Company, said she was “in awe” at the talent displayed by the schools.

“The talent today was amazing. Being in that room ... I’m getting emotional...was just so amazing,” Campagna said. “And the time we are in to see how much support we have for the arts and how many people get to experience it is also amazing,” she continued, referring to how many schools are having to cut arts and theater programs due to budget cuts.

“I think the event is amazing. I didn’t even know they did this. It is such a great opportunity for high school students to know what its like to load in and load out - some of our college students at MSU are just now learning that in college, so I can’t even imagine if they had this experience already under their belt and then going to college. They would just be so prepared,” Campagna said.