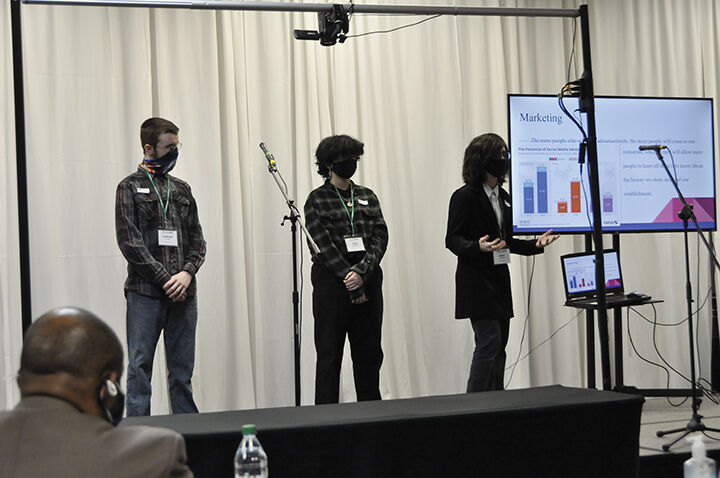 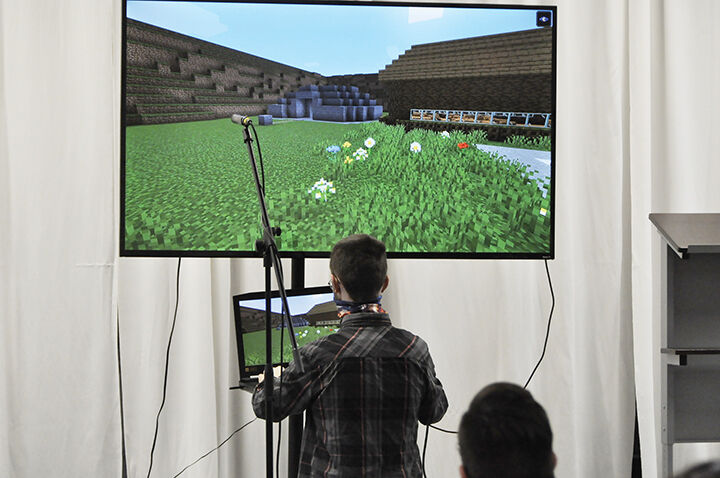 The competition, held at the Appalachian Wireless Arena in Pikeville, called for students to select a previously-mined site or a coal camp site and then create a business idea that uses one or more SOAR pillars to redevelop the site to improve the community.

PCCHS students Alex Haynes (freshman), Niko Fugate (freshman), Damien Haynes (sophomore) and Vincent Everidge (sophomore) were coached by Joseph Collins, of the Challenger Learning Center of Eastern Kentucky. Collins said the students began working on the project at the start of the competition season, and were able to develop creative ideas that would improve employment in the area.

“Our team started preparing at the start of this season which was about six months ago,” said Collins. “Basically this is an entrepreneurial program where students choose an abandoned coal mine site and attempt to reclaim and re-purpose it.”

The PCCHS team’s project, said Collins, was named Native Kentucky, and was a combination of a Native American and southeastern Kentucky themed restaurant and museum.

“It was a hybrid between a restaurant and a museum or educational facility, being that it would serve people food to get people engaged on a regular basis and use that opportunity to educate,” said Collins. “Our program was themed on improving our community, particularly towards unemployment.”

He said students suggested ideas of incorporating other students or getting the homeless population involved so they could get back on their feet.

“I think it was a very good idea; it had a lot of potential,” said Collins.

The presentation of the PCCHS team’s project was modeled in Minecraft, which was a way to stand out, said Collins.

“That was one of the unique innovations of our team this year. We had one of the students who was very familiar with Minecraft and knew how to operate it, so the team agreed it would be very unique and innovative to model our site in Minecraft,” he said.

Collins said there were only three teams that participated in the competition this year, which was unlike the typical amount of participation.

“It was very atypical. Normally we have many more teams participating, it was just an issue with COVID,” said Collins.

The PCCHS team placed third in the competition. Collins said it was a good experience for the students and they learned a lot.

“Our team was considerably younger and more inexperienced than the other teams, so we’re pretty pleased with how things turned out,” said Collins adding that most of the other students who participated were juniors or seniors. “It was a really great experience to develop those entrepreneurial skills and the students also developed some soft skills like public speaking and communication.”