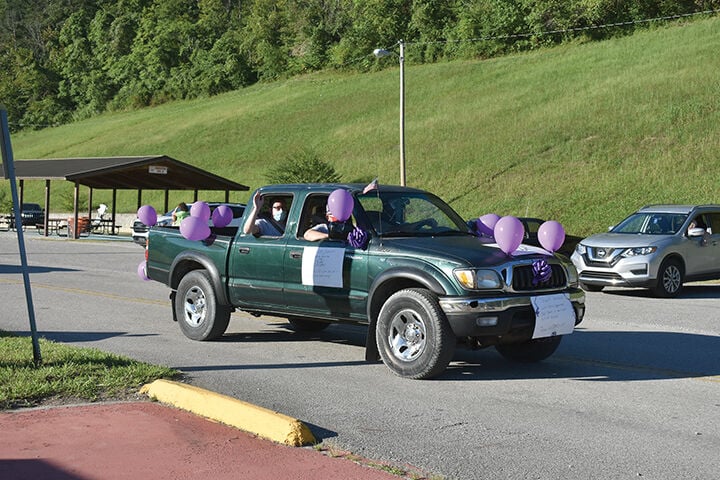 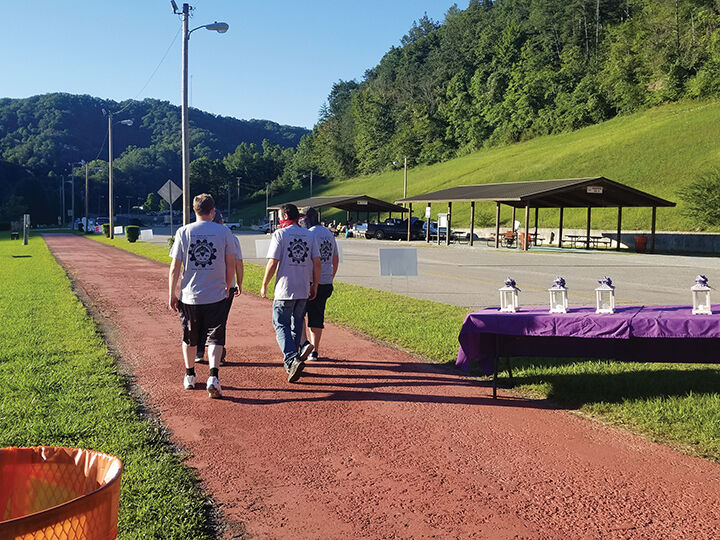 Despite the COVID-19 pandemic and its effects, organizers forged ahead with a greatly-changed Relay for Life on Sept. 5, raising funds for cancer research.

Each year in June, several Relay For Life events take place across the world, being staffed and coordinated by volunteers and held in local communities. This year, the COVID-19 pandemic caused the event to be delayed and many changed were made. Perry County held its annual Relay for Life event on Saturday, Sept. 5.

“With the pandemic, it was a little challenging. We wanted to do something to honor this, because our event is so big each year,” said Dustin Wilson, the event lead for Perry County Relay for Life. “We did have to postpone it from June.”

He said the large crowd expected for the event would not have been fitting with the pandemic safety guidelines.

Normally, said Wilson, the event would consist of multiple vendors and teams set up at booths, but this year, there were some changes. Instead of their normal large event in the park, the 2020 Perry County Relay for Life consisted of a parade going through the park, then present organizers or team members could walk a lap around the track. The parade, said Wilson, seemed to be the safest option considering what is going on. Event organizers said they are considering the idea of keeping the parade to start off or open up the Relay for Life in future events.

“We still had those teams being able to fund-raise, their fundraising may have just been a little bit different this year,” said Wilson. “Fundraising was down, but we're excited that what money was able to come in is still going to make a huge impact on cancer patients everywhere.”

For one of the newest team members, this event had a personal meaning.

“The biggest reason why is because of my dad. He has had brain cancer for years now, but he has been a major fighter. He is the main reason why I'm doing all of this,” said Adam Campbell, president of the Kentucky Chapter of Working Class Beards and Dames, the newest team to join the Perry County Relay for Life.

Dr. Gupta: Sen. Paul's claim on herd immunity 'flies in the face of the science'

The WCB+D Kentucky Chapter, said Campbell, had an online competition in May for Brain Cancer Awareness month, and raised a little more than $1,000 during the event. The group planned to donate it to the Relay for Life organization, he said, them the group voted to become a team in the organization.

“We wanted to branch out and show all of our support,” said Campbell.

The funds raised during the Relay for Life events will be used to support the American Cancer Society's missions of improving cancer survival, decreasing the occurrence of cancer and improving the quality of life for cancer patients and their caretakers. “Relay for Life has been around since 1985,” said Derrick Parnell, the senior community development manager with the American Cancer Society. “The money raised, it helps with cancer research in our cancer programs that we provide to not just people in Perry County, but nation-wide as well,” he said.

The event, which raised more than $63,000 in 2018 and more than $66,000 in 2019, did not raise as much funding this year, but the money, said officials, will still make a large difference. This year, said Parnell, approximately $17,000 was raised during the event. This, he said, is much less than previous years, but is still greatly appreciated.

“Obviously it's down by quite a but, probably by over half, but I think considering a lot of businesses and people themselves have been laid off or have a temporary loss of income, we're excited to still see that much money come in,” said Parnell.