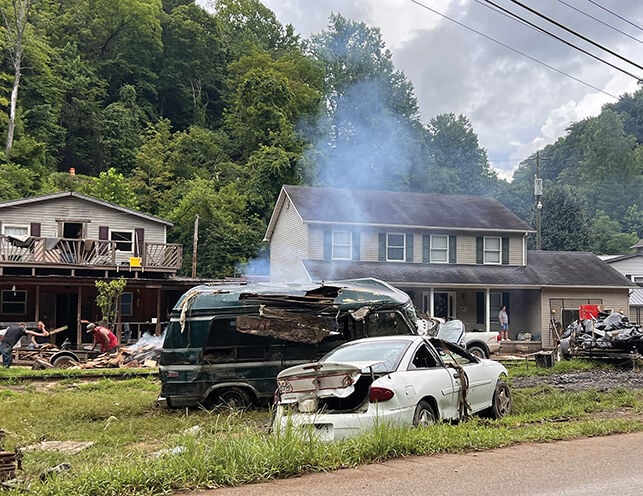 Hundreds of homes and businesses throughout Perry County were damaged or destroyed during catastrophic flash flooding last week. As of presstime on Aug. 3, seven Perry County residents were killed in the flooding. 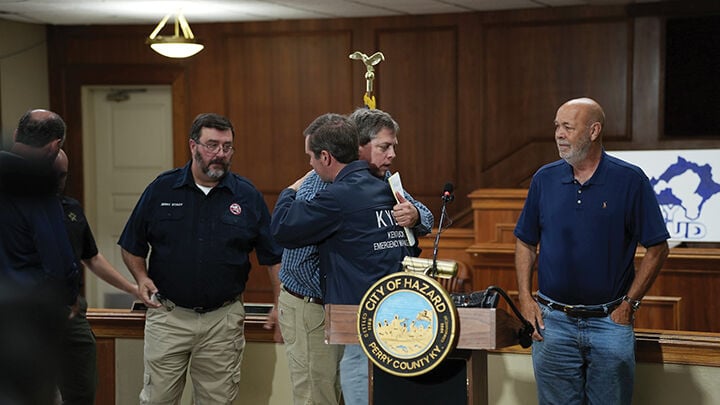 Between July 25 and July 30, Hazard was in the bullseye of a historic series of rainstorms that destroyed entire communities, took lives and which will require months, if not years in some cases, to fully recover.

As of presstime on Aug. 3, seven Perry County residents were confirmed dead as a result of the flooding, which resulted from more than 10 inches of rain falling on the area in a brief period, particularly in the overnight hours and early morning between July 27 and July 28. While communities in the county were swept away by the waters, a secondary danger was presented as the North Fork of the Kentucky River flooded, cresting at 25.74 feet at Hazard. The river, according to the National Weather Service, grew to 21 feet in Whitesburg (the previous record was 14.7 feet).

Days after the waters receded, according to Perry County Judge-Executive Scott Alexander, search and rescue remained an ongoing effort.

“We’re still focused on search and rescue, and doing everything we can to help find those people that’s faced the tragic event of this,” Alexander said.

In the hours after the flooding, rescues were being conducted by numerous groups and individuals throughout the region, including National Guard helicopter crews from Kentucky and other states.

Survivors of the flooding were still facing long-term problems, as communities were cut off due to the flooding and left without power, water and other essential services.

“Our big issue is the whole northern part of Perry County has no power, no water, no communication what-so-ever,” Stacy said. “We’ve got an enormous delivery process and we set up pods all over the place trying to get supplies to people,”

Included in those efforts, Stacy said, are efforts by the National Guard to air drop supplies to cut-off communities.

Disaster declarations were quick in coming for Perry County, and led to the Federal Emergency Management Agency quickly approving both public assistance for government agencies and individual assistance for homeowners.

“There’s just so much trying to be done and I know when you’ve lost everything and you’ve got no access to a road it feels like there should be more being done, but we are doing everything we possibly can to meet the basic needs of life to those that have been affected,” he said.

Alexander said the county’s entire road department is working throughout the county, along with 14 contractors, in an attempt to get the roads passable. Approximately 50 bridges, he said, were rendered “totally impassable.”

In addition to road infrastructure, the county’s water infrastructure was heavily damaged, leading to most of the county being without water service for at least some time. Thousands of residences remained without service as of presstime Aug. 3.

Looting also has become a problem, with six people arrested as of Aug. 1 on theft charges related to looting in flooded areas. Perry County Sheriff Joe Engle announced in a social media post on Aug. 2 that he had been assured by Kentucky State Police that extra troopers were en route to assist and that the Kentucky Sheriffs Association was preparing to send deputies from other counties to help assist.

On July 31, Gov. Andy Beshear traveled to Perry and other counties, pledging that, while efforts to rebuild will not be easy, the commonwealth will be with the region every step of the way.

“It has hit this county and this region so hard,” said Beshear. “People have lost everything, and that’s if they’re still lucky enough to be with us.

Throughout the course of the disaster, according to Alexander, people have been helping each other, which is the “heartbeat” of the community.

“I do think government plays a role, but when you get right down to the heartbeat of this community, it’s the individuals that live here that are doing everything they possibly can to make sure their neighbors, their families and their friends are safe and have access to food and water,” he said.

For more information on resources available, visit, governor.ky.gov/flood-resources, or the “City of Hazard - Queen City of the Mountains” page on Facebook which is maintaining a regularly-updated list of available resources.