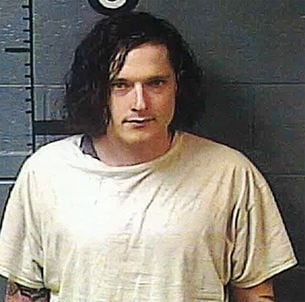 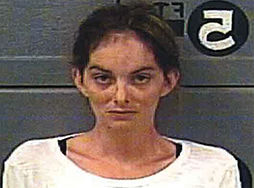 A Hazard woman still facing more than 100 charges of abuse in state court related to the alleged abuse of her children pleaded guilty in U.S. District Court in London to a charge of forced labor, a charge which carries a potential of 20 years in federal prison.

In a plea agreement linked to the federal case, prosecutors charged that between March 2017 through May 2017, Walsh benefitted from a venture in which her four minor children were forced to work for the benefit of she and Otis (identified in the federal court documents only as J.O.), facing threats and abuse for not meeting expectations.

According to the agreement, Walsh and her children began living with Otis in Mt. Sterling approximately seven years ago, and left Kentucky to live in several states, until they returned to live in Hazard in March 2017.

Neither Walsh nor Otis, the documents said were gainfully employed and Otis was home with the children all day under the guise of homeschooling them.

“(Otis) forced them to walk door-to-door in Hazard, Kentucky approximately six hours per day selling handmade items and cancer awareness bracelets,” the documents said. “He also forced the victims to hand out flyers he made offering various services the victims would provide to members of the community for payment. If the victims did not make (Otis’) required daily quota of money for (Otis), the victims suffered severe emotional and physical abuse by (Otis).”

How to get your at-home Covid-19 test for free

Don't Snow Shovel Your Way to a Heart Attack

The children, the agreement said, had to choose a punishment from a “punishment jar” filled with punishments hand written and imposed by Otis.

“During the time they lived in Hazard ... (Otis) made the victims do excessive physical exercise, eat food condiments that made them sick, sprayed them with bleach, threatened physical injury to them and, on occasion, beat them with a wooden rod,” the agreement said, adding that, while living in another state, Otis held three of the four victims down against their will and gave them tattoos.

The agreement said that, in May 2017, the children knocked on the door of a house selling bracelets not realizing the house was a children’s advocacy center, sparking concern on the part of the employees and further investigation, leading to the state charges.

Walsh, the documents said, knew Otis forced the children to engage in the labor and knew about some of the punishments, helped make some of the handmade crafts and helped to hand out fliers and sell items.

Further, the agreement said, Walsh knew Otis kept the money for himself and used it to purchase lottery tickets, cigarettes and carry-out food for the couple and admitted she benefited financially from the forced labor.

During a hearing in U.S. District Court Friday, Walsh pleaded guilty to the charge of forced labor and is scheduled to be sentenced Oct. 17.

Both Walsh and Otis are currently scheduled for pretrial conferences July 31 linked to the state court case, originally filed in 2017.

In that case, it’s alleged that Otis subjected the children to various severe acts of sexual abuse and physically and mentally tormented the children, including torturing one child physically and mentally by beating her with wire hangers, confining her by locking her in closets and forcing her to write in “journals” that the acts of sexual abuse were committed by someone other than Otis.

Both Walsh and Otis remain lodged in the Kentucky River Regional Jail.