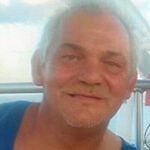 She was born in Hazard, the daughter of the late Moody Lavaughn and Mildred Hancock Haney.  She was a faithful member of Crossroads Fellowship Church in Berea.  Her career had been in cosmetology where she eventually retired as an instructor at Hicks Beauty Academy.

In addition to her parents, she was also preceded in death by her first husband and father to her children, Larry Lee Williams; her second husband, Richard Hooven; two siblings, Carl Robert Haney and Billy Paul Haney; and one great grandchild, Kiana Rayne Morgan.

In accordance with Brenda’s wishes, she was cremated, and her family will have a private service.  The family would like for your condolences, comments, and pictures to be left at www.lakesfuneralhome.com

He was born in Perry County, March 22, 1960, the son of Ruby Jackson Wallace and the late Jesse Young.

Memorial services were held at 11 a.m. Sunday July 12, at Red Star Church with Chester Holland and Charles Miller officiating. Burial followed in the Gayheart Family Cemetery, Lost Creek. Arrangements were under the direction of Engle-Bowling Funeral Home of Hazard.

She was born in Barboursville, December 19, 1941, the daughter of the late Lee Anderson and Ruby Gilbert Slusher.  She was retired after having been employed a number of years with Peoples Bank in Hazard.  She was a devoted longtime former member of the First Baptist Church in Hazard where she joyfully served in various roles and dedicated countless hours to her church, with singing in the choir being most precious to her.  Upon moving to Lexington, she and Guy became loyal members of Broadway Baptist Church.  She enjoyed many years as a member of the Alpha Xi Chapter of Beta Sigma Phi and both member and past president of the Garden Club of Hazard as well as involvement in her hometown.

A private funeral service for family was held on Saturday, July 11, at 11 a.m., at Broadway Baptist Church, officiated by Dr. Daniel G. Ausbun. Burial followed at Bluegrass Memorial Gardens.  This obituary is courtesy of Engle-Bowling Funeral Home of Hazard.

The guestbook may be signed at  www.englebowlingfuneralhome.com

She was born in Perry County, April 12, 1927, the daughter of the late James Burns and the late Millie Hignite Burns.

He was born May 20, 1929, the son of the late Norman Sumner and the late Carrie Combs Sumner. He loved his dog Jack, enjoyed hunting, fishing, hunting for arrowheads and spending time with his grandchildren.

In addition to his parents, he was preceded in death by his wife, Frankie Jent Sumner; five brothers, Eli, Elbert, John M., Coby and Ova; three sisters, Percy, Pheobe and Peggy; and great grandchild, Brayden.