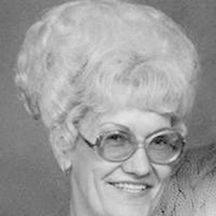 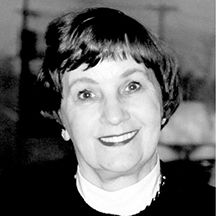 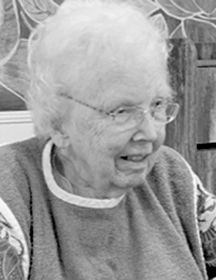 She was born on April 3, 1925 in Stuttgart, Germany, the daughter of the late Martin and Johanna Lorch. She was a Postmaster for over 27 years. Her job was so special to her. She would often say she would work there even if they didn’t pay her. After retirement, she enjoyed volunteering at the Humana Hospital, which is now known as St. Joseph East. She was a past president of the Homemakers Association and a member of Immanuel Baptist Church.

In addition to her parents, she is preceded in death by her brother, Hans-Martin Lorch and her daughter, Joanna Neace.

In lieu of flowers, memorial contributions may be made to Hospice of the Bluegrass or Our Daily Bread.

The guestbook may be signed at www.clarklegacycenter.com

She was born in Combs, November 22, 1932, the daughter of the late Ed Caudill and the late Srena (Bush) Caudill.

In addition to her parents, she was preceded in death by her husband, Alex Engle; sisters and brother-in-law’s, Hazel and Logan Banks, Juanita and Pearl Fields; half brothers and sisters, Berthie, Ernest, Madaline and Luther. She married Alex Engle on December 21, 1950 in Combs. They were married for 66 years until his passing in 2017. Together they ran Engle Furniture Store in Springfield, OH for over 30 years.

She was born October 3, 1924, the daughter of the late Corbett Brown and the late Lula Begley Brown.  She was a retired school teacher.

In addition to her parents, she was preceded in death by her husband, William S. Luttrell Jr. and one half-brother Dempsey Brown.

Graveside services were held at 1 p.m. Saturday, December 21, at the Riverside Cemetery, Hazard with Janice Stamper officiating.  Arrangements were under the direction of Maggard’s Mtn. View Chapel of Hazard.

Funeral services were held at 1 p.m. Sunday, December 22, at the Vicco Church of God with Chris Sale, Manuel Grace and Earnest Gibson officiating.  Burial followed in the Resthaven Cemetery, Jeff.  The arrangements were under the direction of Engle-Bowling Funeral Home of Hazard.