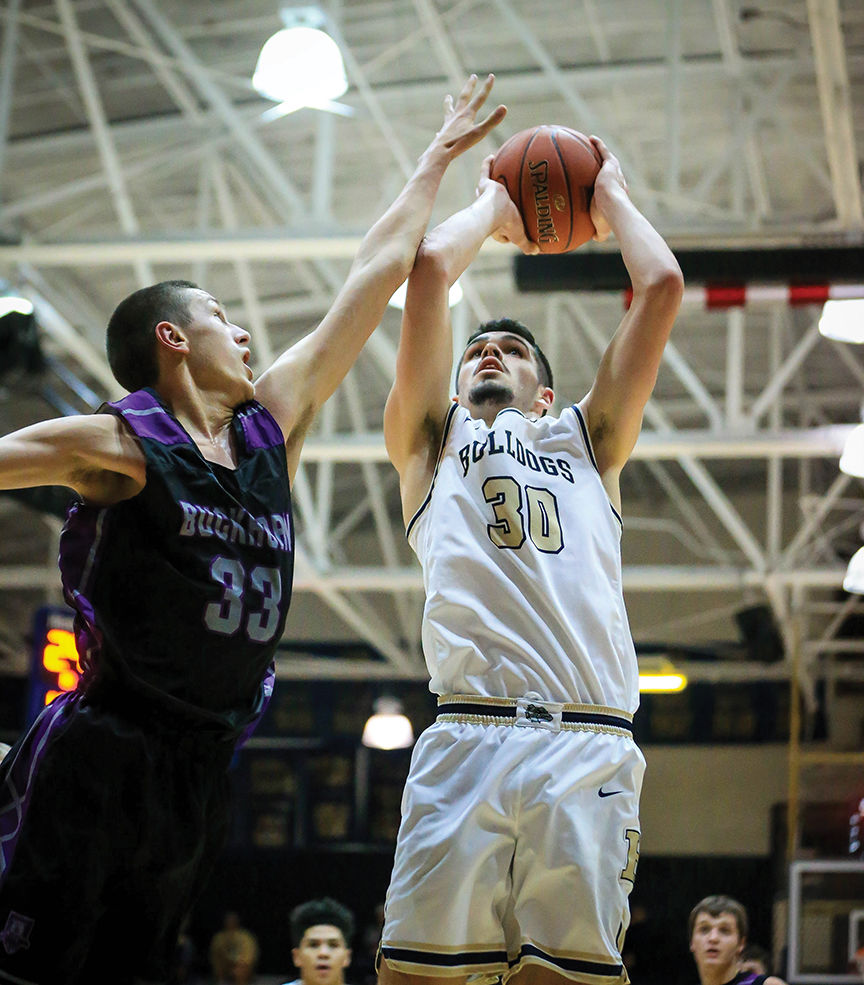 Hazard’s Logan Hall goes up for a shot over Buckhorn’s Dylan Knight. Hall scored his 1,00th career point for the Bulldogs as Hazard picked up a 76-50 win over the Wildcats. 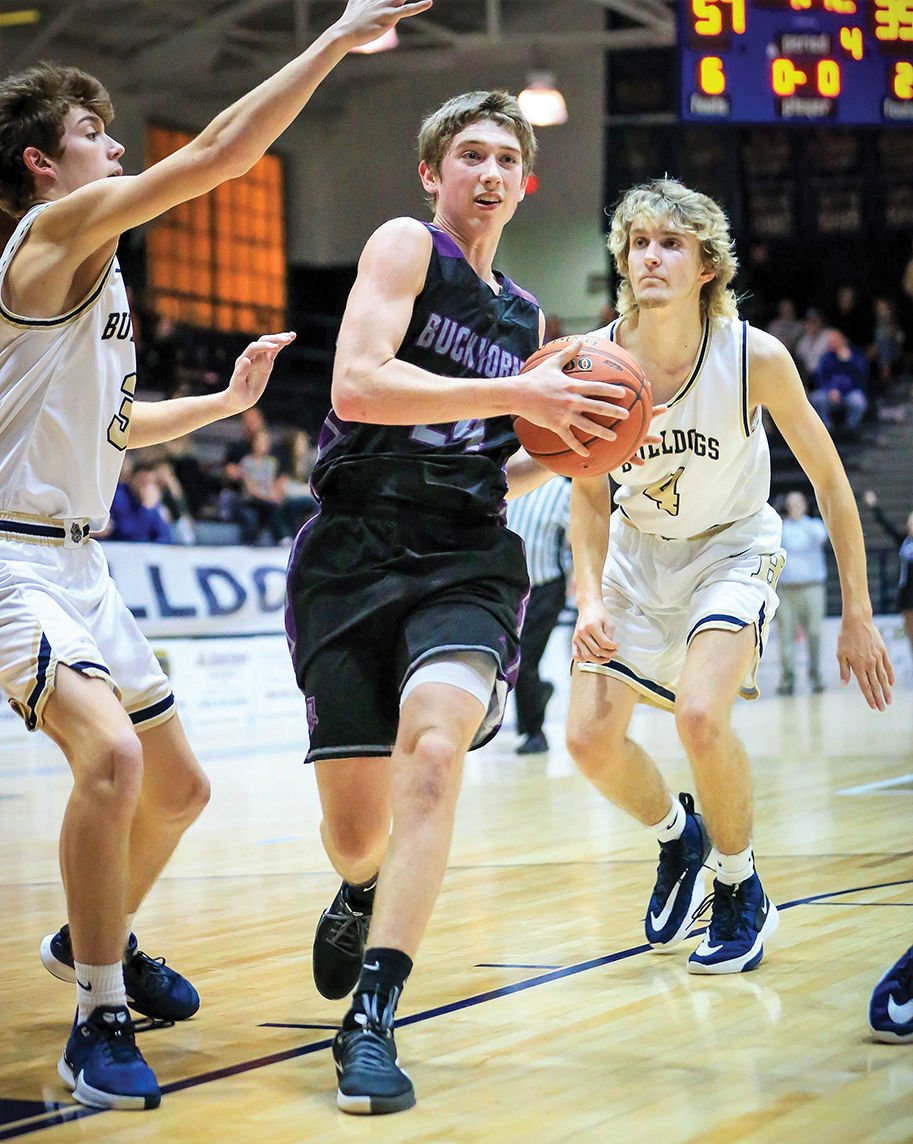 Buckhorn’s Kobe Bowling drives down the lane against Hazard in 54th District action. Bowling scored a game-high 27 points for the Wildcats.

Buckhorn dropped to 6-11 overall and 0-1 in the district with the loss.

Logan Hall led Hazard with a near-double-double, scoring 21 points and pulling down nine rebounds. Hall was 10-of-18 from the field. One of the top boys’ basketball players in the 14th Region, Hall scored his 1,00th career point in the district matchup.

Accompanying Hall in double figures in scoring for the Bulldogs, Jacob Johnson added 17 points and Wade Pelfrey posted 14 points. Johnson was five of six from the field for the Bulldogs.