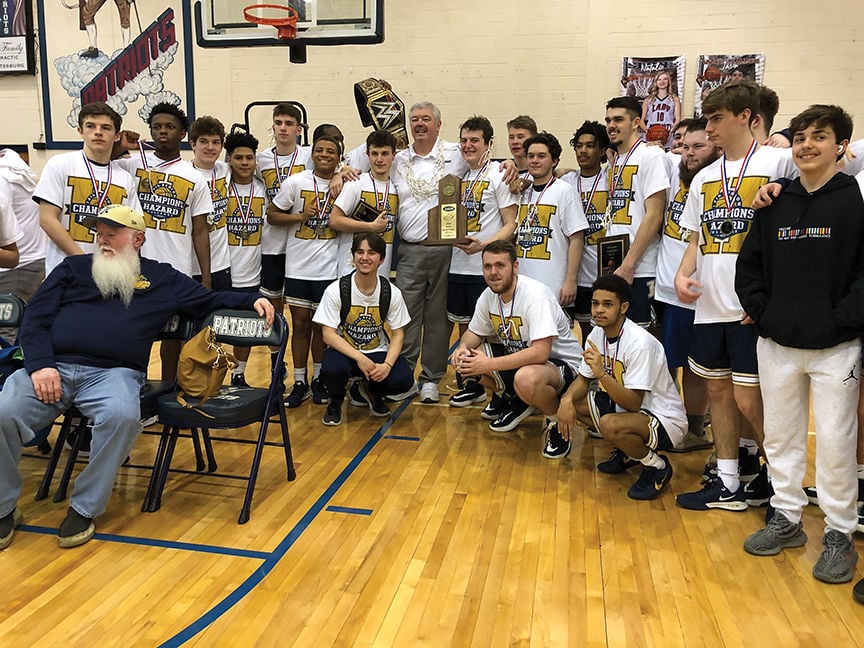 Hazard poses with the 14th Region trophy after winning the region championship Tuesday night with a 57-51 win over Wolfe County. 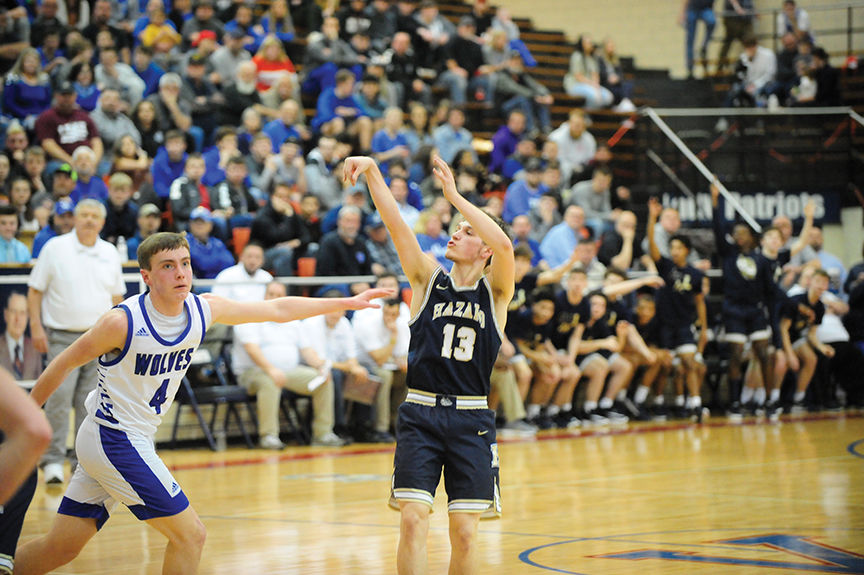 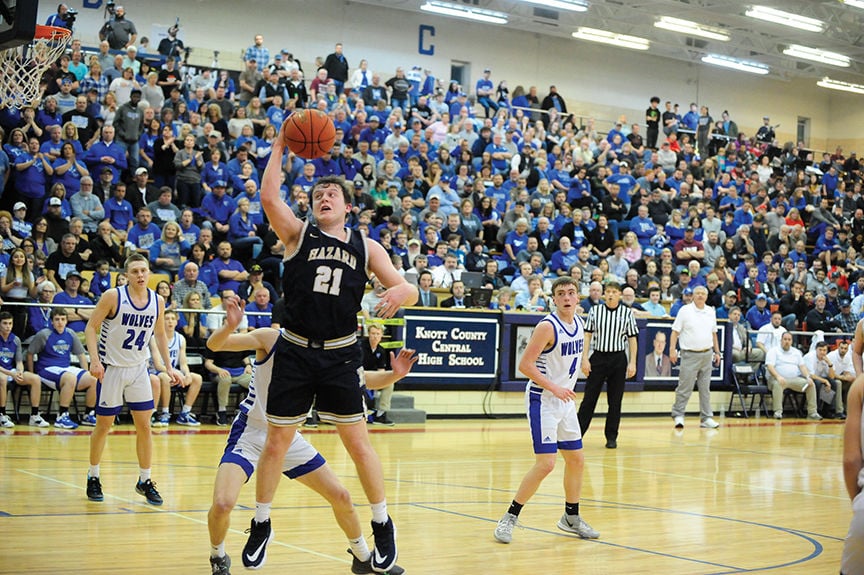 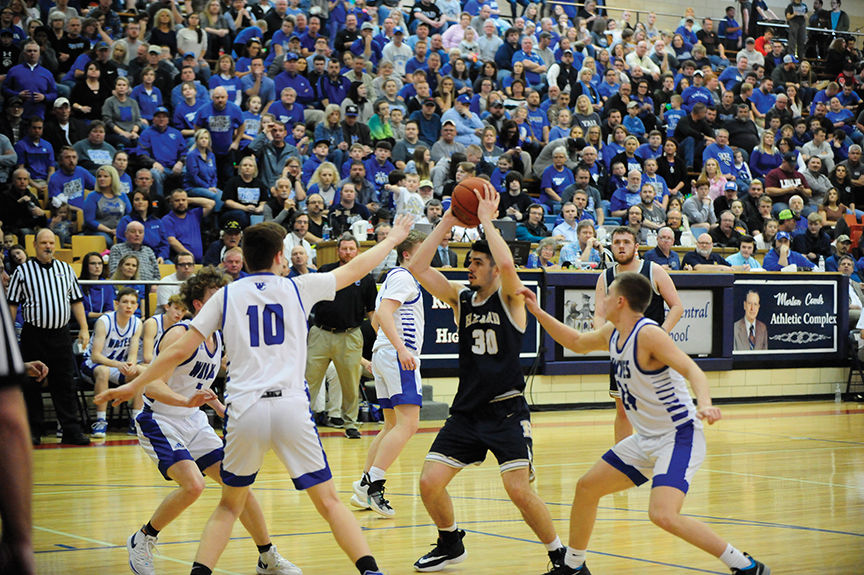 Hazard’s Logan Hall looked to make a move to the goal during the 14th Region boys’ basketball championship game.

HINDMAN — Hazard is headed back to Rupp Arena. The Bulldogs doubled up Wolfe County 12-6 in overtime to pull away to win 57-51 in the 14th Region boys’ basketball championship at Knott County Central High School on Tuesday night.

The Bulldogs are headed to the Boys’ Sweet 16 for the first time since 2009.

“It was a great win for us and I’m so happy for our team,” Holland said after guiding Hazard to the 14th Region crown.

Wolfe County forced Hazard to play from behind early. After owning multiple leads over the game’s first eight minutes, Wolfe County led 16-14 at the conclusion of the opening quarter.

However, Hazard shook off its slow start. The Bulldogs battled back to lead 26-21 at halftime. Hazard which captured the 14th Region All “A” Classic championship earlier in the season, led 36-33 at the end of the third quarter.

The Bulldogs were out in front 45-42 with 16.2 seconds left in regulation when Wolfe County standout Wilgus Tolson was fouled on a 3-point field goal attempt. Calmly, Tolson drained all three of his foul shots to pull the Wolves even and force overtime.

Hall was named the 14th Region Boys’ Basketball Tournament MVP. Pelfrey, Johnson and Fletcher were named to the all-tournament team.

Hazard held Wolfe County to 35.3 percent shooting (18 of 51) from the field. The Wolves finished five of 25 (20 percent) from three-point range.

Tolson led Wolfe County with 21 points. The productive Tolson was three of 10 from three-point range.

What could Jordan Love do for Packers as a rookie? Amid uncertainty, coaches won’t rule anything out

Rounding out the individual scoring for Wolfe County, Hunter Brewer and Skylar Ritchie chipped in four points each.

Hazard will face 6th Region champion Fern Creek in the opening round of the Boys’ Sweet 16 at Rupp Arena in Lexington at Noon on Thursday, March 19.

In a dominant performance, Hazard pulled away to defeat Letcher Central 65-38 in the 14th Region Boys’ Basketball Tournament Semifinals at Knott Central High School on Sunday.

Hazard improved to 28-5 and advanced to the 14th Region boys’ basketball championship game with the win.

With the loss, Letcher Central ended its season 9-20.

Thriving around the goal, Hazard out rebounded Letcher Central 39-15.

Logan Hall scored a game-high 21 points to lead Hazard to the victory. Hall was eight of 11 from the field.

Struggling offensively, Letcher County Central shot 31.7 percent (13 of 41) from the field. The Cougars were 4-of-10 from 3-point range in the season-ending setback.

Faring better in another area, Letcher County Central shot 66.7 percent (eight of 12) from the free-throw line.