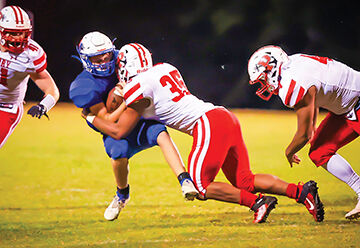 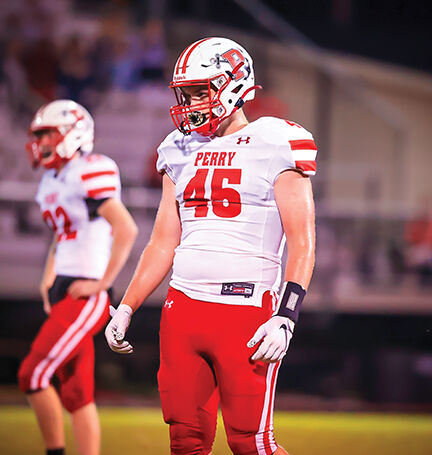 Perry Central’s Mason McAlarnis lines up before a play last week against Breathitt County. The Commodores picked up a 43-36 win over the Bobcats. 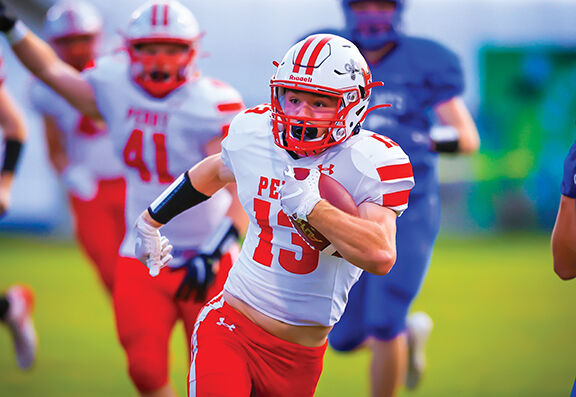 JACKSON — Winning on the road, Perry Central held on to defeat Breathitt County 43-36 in a non-district high school football game on Friday, Sept. 10.

Perry Central notched its ninth straight win over Breathitt County. The Commodores haven’t lost to the Bobcats since 2003.

After claiming the win, Perry Central moved to 3-0.

The Commodores churned out yardage on the ground throughout the non-district game. Visiting Perry Central rushed 44 times for 326 yards and five TDs in the winning effort.

Kobee Eldridge followed, rushing 11 times for 157 yards and two TDs for the Commodores.

Nearly perfect through the air for Perry Central, quarterback Chanse McKenzie completed five of six passes for 71 yards and one TD.

Three keys to the game: How do the Huskers beat Minnesota?

Miller paced Perry Central in both rushing and receiving, making four catches for 63 yards and one TD.

Delivering a turnover for the Commodores’ defensive unit, Eldridge recorded an interception.

Perry Central is slated to visit Powell County for another non-district game on Friday, Sept. 17.