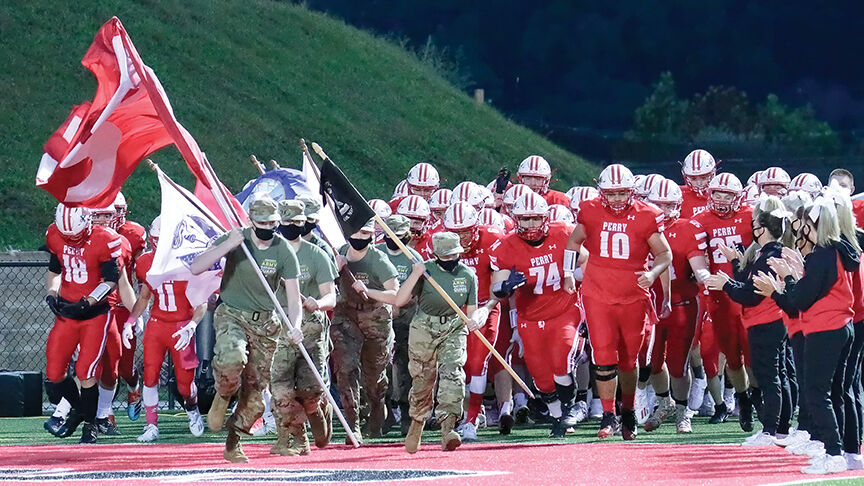 The JROTC leads Perry Central onto the field before taking on Paintsville last Friday night. 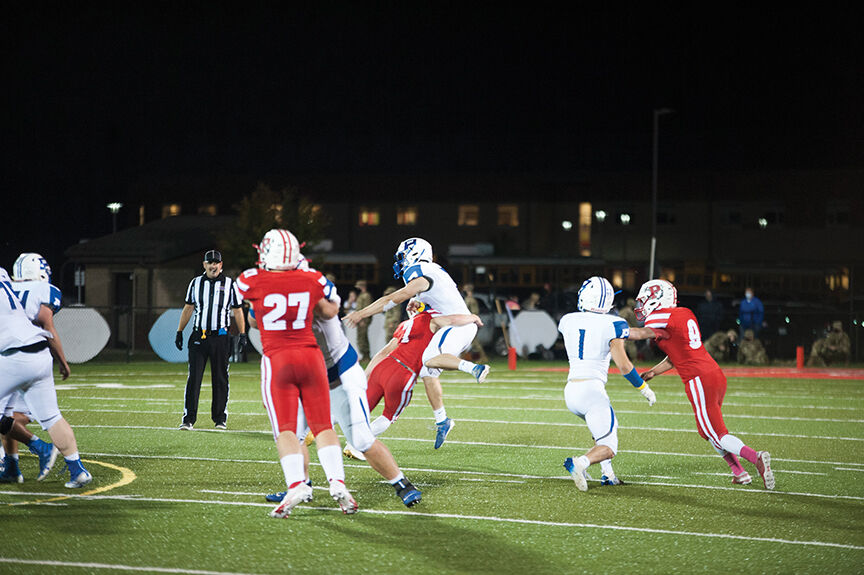 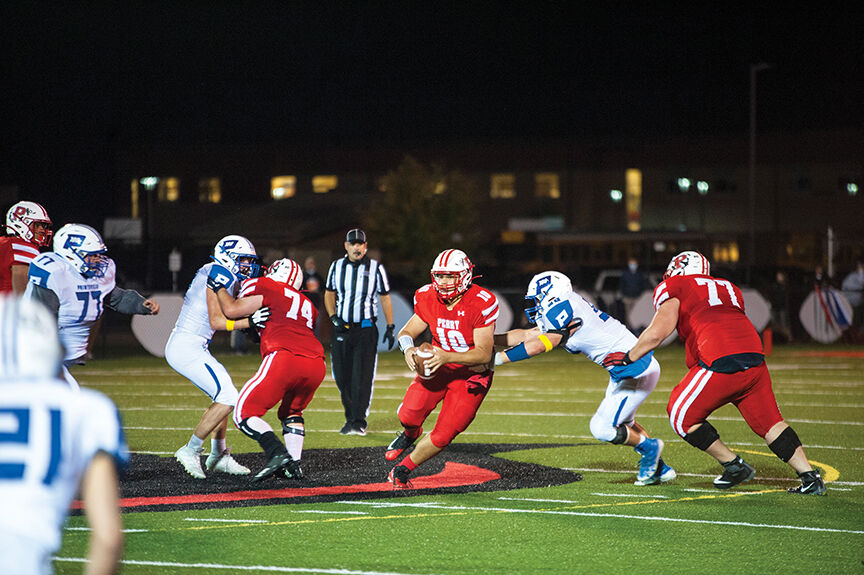 Perry Central quarterback Chanse McKenzie runs with the ball as he tries to escape pressure from the Paintsville defense last week.

The Perry Central Commodores and head coach Mark Dixon are in a desperate search for their second win of the season after suffering their third straight loss to the Paintsville Tigers, 43-0.

The Commodore offense couldn’t sustain any momentum throughout the game.

Paintsville was first on the board having scored two TDs in the first four minuets of the game.

After the Tiger offense gave the defense a 14-point cushion early on, the defense began to loosen up.

The Paintsville defense was able to stall the Commodore offense several times throughout the rest of the first half and the offense responded in spades getting into the end zone three more times before the halftime buzzer, making the Tiger lead 36-0 at the half.

Who is Boo? Smith a sudden standout for Tigers after LSU outing

Everything to get you ready for Wyoming's game at Nevada

The Commodores needed to be able to come out fired up in the second half and finish a drive.

However, the Paintsville defense didn’t allow that to happen and sent the game into a running clock after stopping the Commodores first drive of the second half and capitalizing with a quick score, making the Tiger lead 43-0 with 8:54 left in the third.

The Commodores were able to put together a long drive that took up nearly the rest of the third quarter.

Paintsville would cruise to the 43-0 win, but the were some positives for the Commodores that could help them as they go forward into the season.

Perry Central is set to face a tough Johnson Central Golden Eagles squad who currently sits at 3-0 on the year.