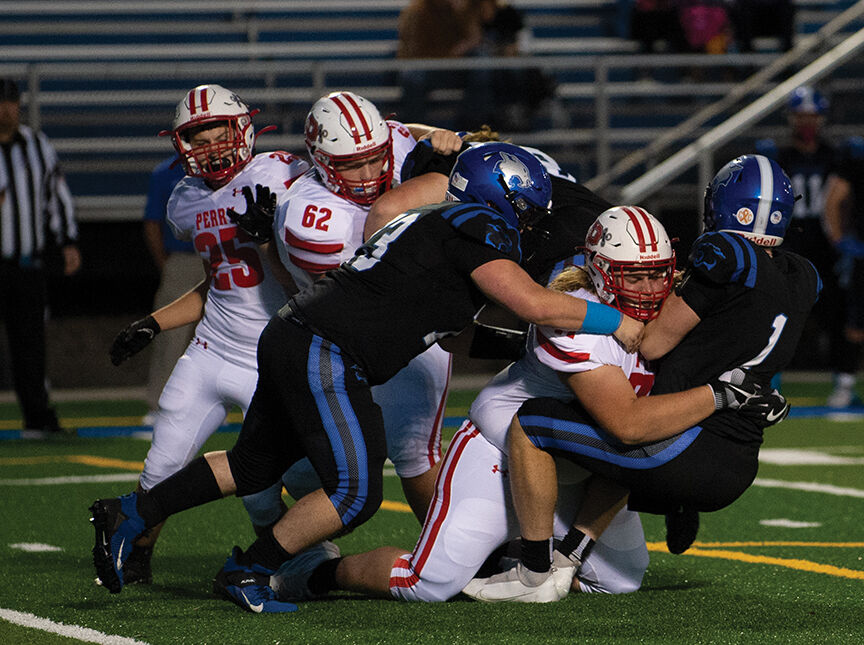 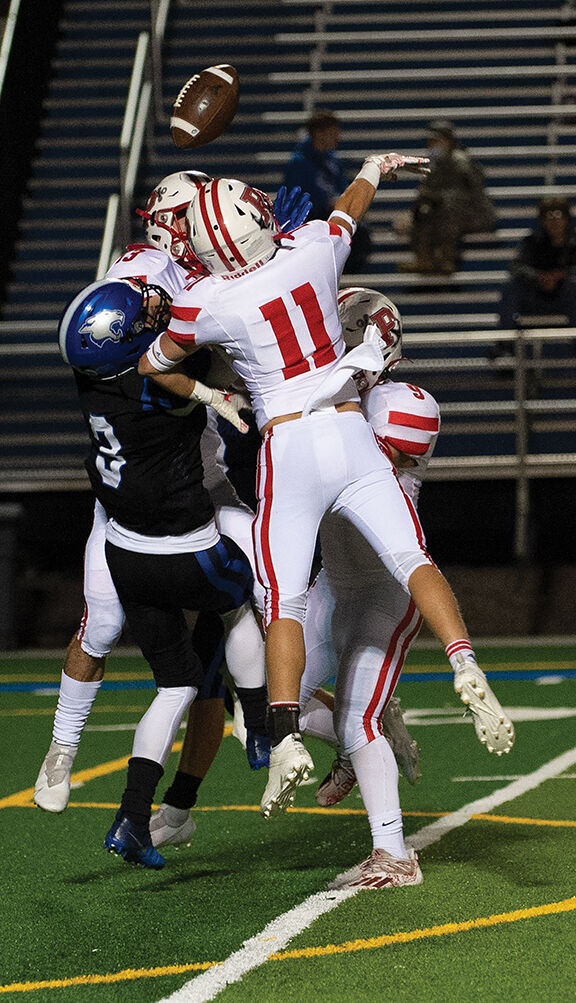 Perry Central’s Adam Griffie (11) and a couple of other teammates break up a pass late in the first half against Letcher Central last Friday night. 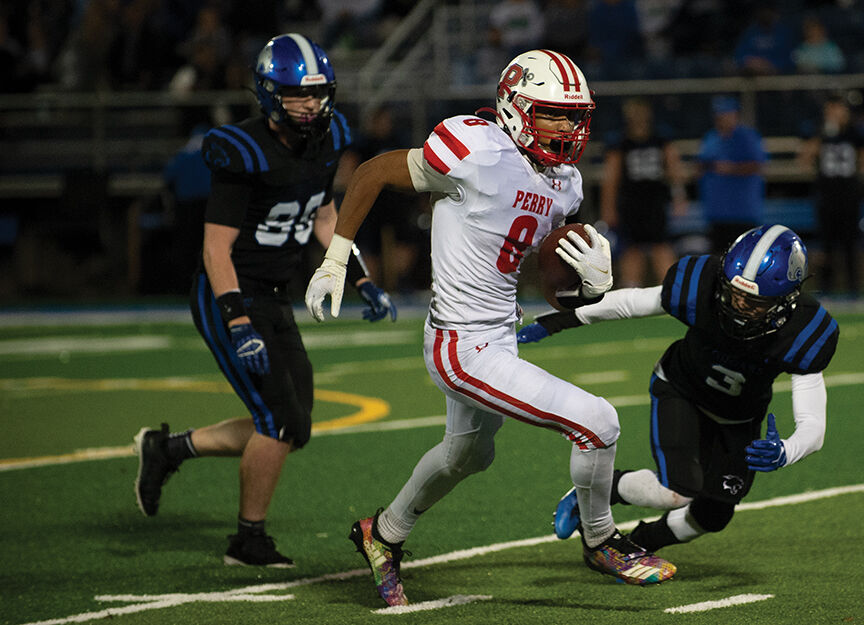 WHITESBURG — In a blink of an eye, Perry Central was down two scores.

The Commodores tried to hang around, but Letcher Central finally put the game away in the fourth quarter as the Cougars knocked off the Commodores 42-6 to open Class 4A District 8 action.

Letcher Central’s Jonah Little broke a 40-yard TD and scored in the first 30 seconds of the game. After the extra-point, the Cougars held a 7-0 lead with 11:36 left in the first quarter.

Perry Central fumbled on its first possession and Letcher Central’s Jackson Meade recovered  it. Meade didn’t go down, though and returned the fumble 36 yards for a TD with 10:45 left in the first quarter.

After forcing the Commodores to punt, Letcher Central quarterback Carson Adams found Wyatt Ison for a deep TD pass with 5:16 left in the first quarter. After Little’s extra-point, the Cougars held a 21-0 lead.

The pace slowed a bit after that, but Perry Central still couldn’t find a way to get back in the game.

With 5:16 left in the first half, the Cougars struck again as Adams connected with Little for a 38-yard TD. Little’s extra-point pushed the lead to 28-0 at the halftime break.

Adams finished the game nine for 15 passing for 175 yards and two TDs. Adams was just as good on the ground as he rushed for 187 yards and a TD on 15 carries.

Little added 70 yards rushing and a TD on three carries. Little also had three catches for 75 yards and a TD.

Letcher Central’s offense racked up 454 yards of total offense on the night.

Jim Polzin: The Packers’ offense has been good but needs to be better. Here are 3 ways that can happen

The Cougars forced and recovered three Perry Central fumbles on the night.

Perry Central finally got on the scoreboard in the third quarter. Kobee Eldridge scored on a three-yard TD run with 3:19 left in the third to cut the lead to 42-6.

Letcher Central put the game away after that.

The Cougars answered the Perry Central score on their next possession. With 1:48 left in the third, Adams found Little for a 37-yard TD. After the extra-point, Letcher Central held a 35-6 lead.

The Cougars scored again with 11:14 left to play as Adams scored on the keeper. After Little’s extra-point, the lead grew to 42-6 and the running clock ensued.

Perry Central’s Chanse McKenzie led the way for the Commodores as he was seven for 11 passing for 65 yards. McKenzie added 39 yards rushing on 10 carries.

Gayheart led the receivers with a 25-yard catch. Miller followed with a nine-yard catch. Eldridge and Kameron Maggard each added eight-yard catches. Jayden Sanders hauled in a seven-yard catch.

Perry Central could only muster 229 yards of total offense on the night.

Perry Central (3-2) is scheduled to visit Class A Paintsville at 7:30 p.m. Friday night.