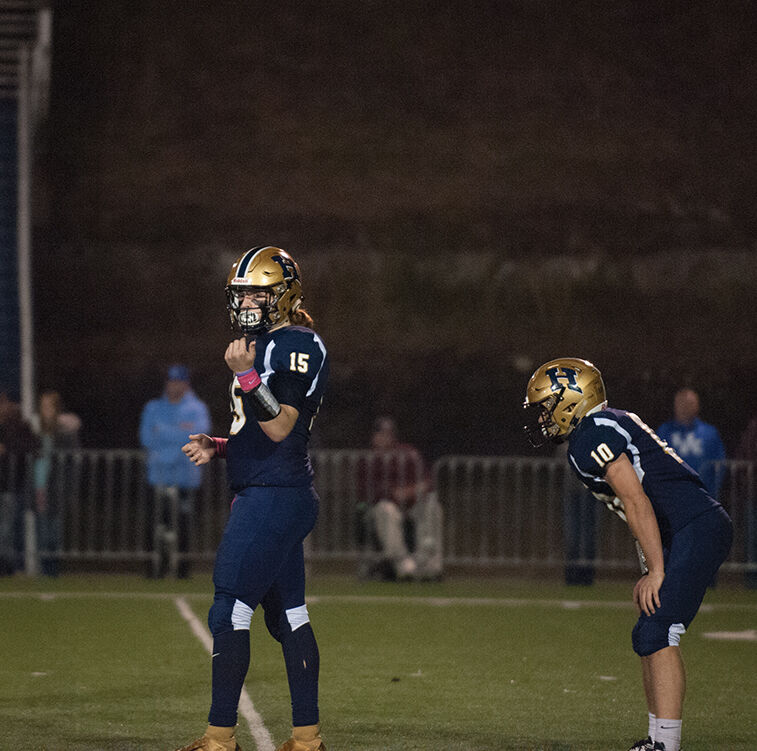 Hazard quarterback Garrett Miller calls a play during action last season. Miller is the top returning quarterback for the Bulldogs this season. 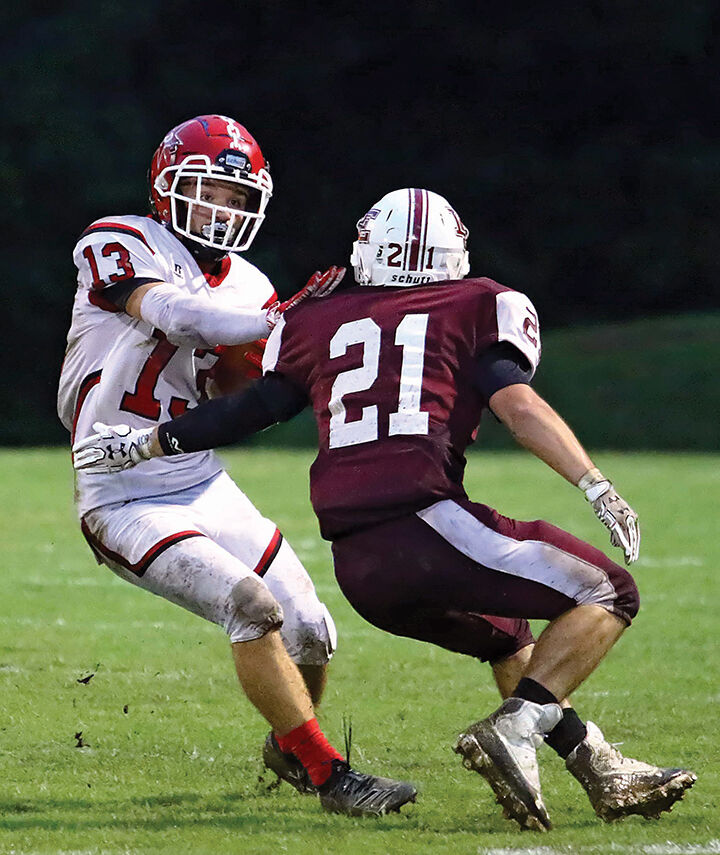 Things will look different for both teams, though.

Hazard will be under the direction of new coach Mark Dixon.

Dixon is a legend in the mountains.

Dixon has a new challenge as he tries to bring Perry Central back to being one of the top programs in the mountains.

Last season, Pike Central freshman running back set the tone for the Hawks rushing for 155 yards on 21 carries. That set up Noah Iricks rushing for three TDs on six carries.

Perry Central had all of its success against the Hawks through the air as quarterback Chanse McKenzie was 13 for 19 passing for 278 yards and three TDs.

The Commodores only rushed for seven total yards against the Hawks.

Look for that rushing total to change under Dixon. Dixon’s teams have been known to be prolific through both the air and ground attacks, but the offensive line is always key for his teams.

Both teams return a number of talented players, so it should be an interesting matchup.

Anderson had an outstanding freshman season for the Hawks.

Anderson is a big power back with surprising speed.

That speed allows him to break some big runs after powering past the defensive line.

Anderson is going to be key for the Hawks offense.

Pike Central is looking to settle on a new quarterback and without experience under center, look for coach Eric Ratliff to rely on Anderson early and often.

If Anderson can move the chains and keep the offense on the field, it will help the other playmakers around him settle in.

Anderson needs to have a big game if the Hawks want to escape with the win.

For Perry Central, McKenzie had a good season before injuries got to him.

He only played in six games last season, but was 78 for 122 passing for 998 yards and eight TDs with five interceptions.

McKenzie will have to have some help from the running game.

Even with a football season, Badgers facing revenue shortfall of up to $70 million

Badgers class of 2021 recruit T.J. Bollers has tools to be feared rusher

Eldridge showed the ability to catch and the run the ball.

If he can get the offense going and connect with his receivers, look for that to open the Commodore run game.

If the Commodores want to pick up a big season opening win, McKenzie will have to step up and deliver.

After being sidelined with an injury for nearly half of the 2019 high school football season, Floyd Central quarterback Caleb Hager will be looking to finish his career strong with a productive senior campaign.

Limited on the gridiron as a junior, Hager played in six of Floyd Central’s 11 games during the 2019 high school football season.

With Hager sidelined, classmate Brant Potter took over under center for the Jaguars. In 10 games, Potter completed 24 of 43 passes for 321 yards and one TD. Finishing second in rushing for the Jaguars, Potter rushed 66 times for 390 yards and three TDs. Potter is also a tight end/linebacker.

Floyd Central lost its leading rusher to graduation. But the Floyd Central backfield isn’t empty. Three of the top five rushers from 2019 are back for the Jaguars.

Doing most of his damage on the ground during the 2019 season, Hager rushed 23 times for 186 yards and three TDs to rank as the Jaguars’ fifth-leading rusher.

Defensively, junior Bryce Thacker is back for the Jaguars. Thacker ranked as the Jaguars’ fourth-leading tackler in 2019.

After falling to Belfry in the opening round of the 2019 Class 3A State Football Playoffs, Floyd Central concluded the 2019 season 3-8.

Third-leading rusher Elijah Gayheart (So.) is back for the Bulldogs after both Trajon Campbell and Reece Fletcher graduated. Gayheart rushed 22 times for 228 yards and four TDs as a freshman in 2019.

Leading receiver Andrew Ford is back for the Bulldogs as well. Ford hauled in 36 receptions for 496 yards and two TDs in 2019.

After falling to eventual state champion Pikeville in the second round of the Class A State Playoffs, Hazard ended the 2029 season 7-5.

Kickoff for the Floyd Central-Hazard football game is set for 8:00 p.m. on the Bulldogs’ home field.

Who 2 Watch: For Floyd Central, senior quarterback Caleb Hager. Healthy, Hager will be a leader for the Jaguars in his senior season.

For Hazard, senior quarterback Garrett Miller. One of the most under rated high school quarterbacks in the state, Miller thrives as a signal caller.