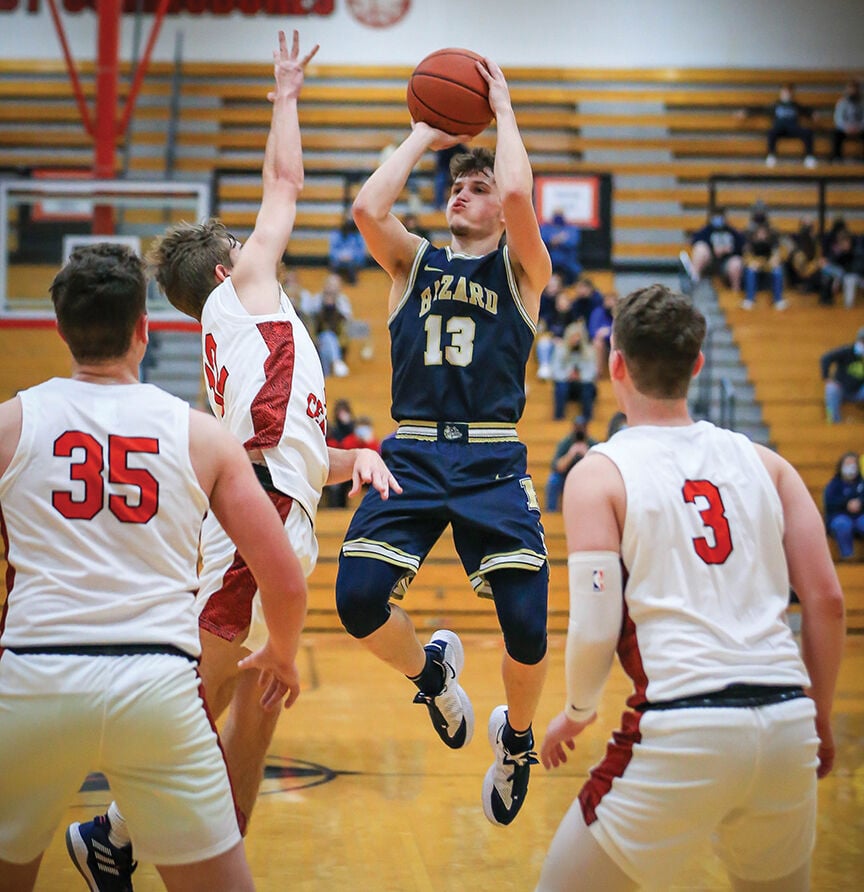 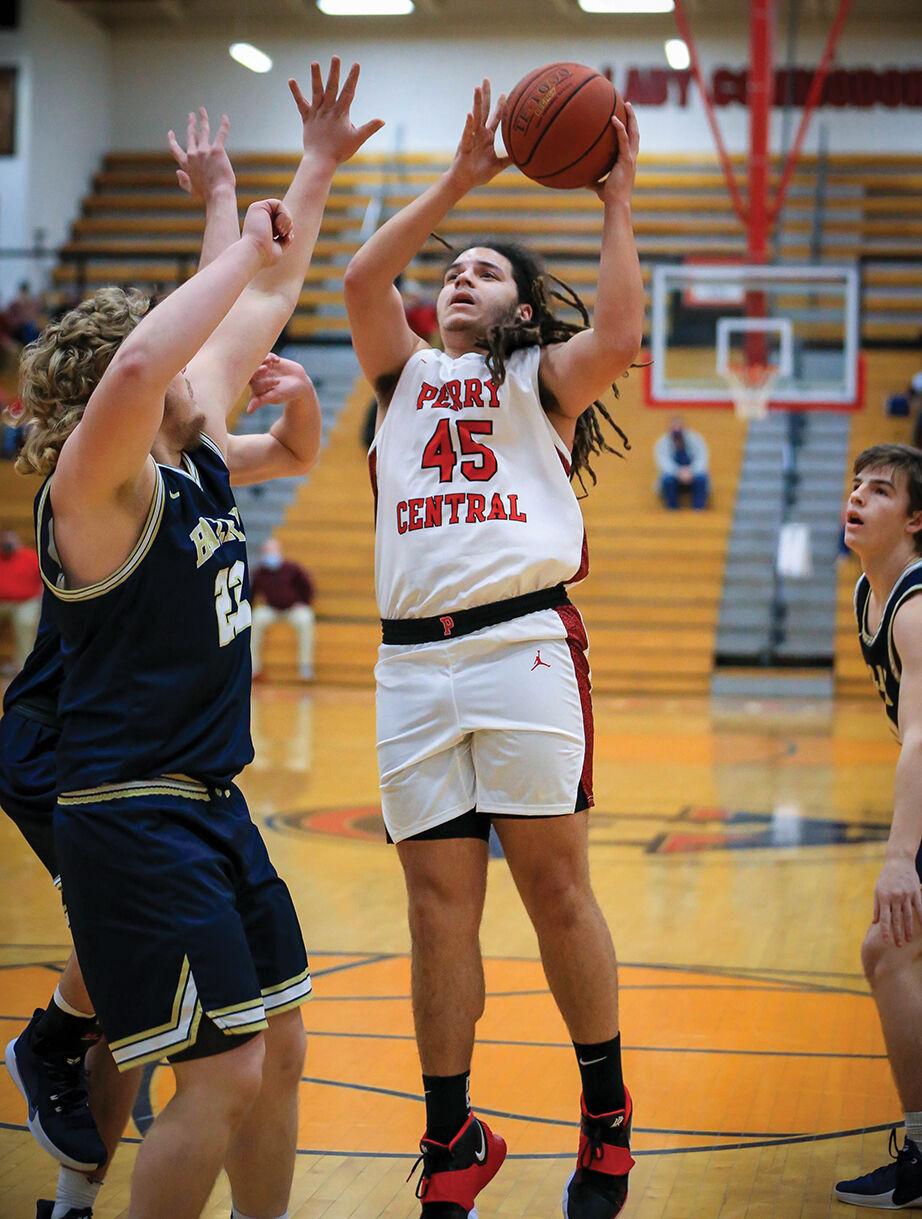 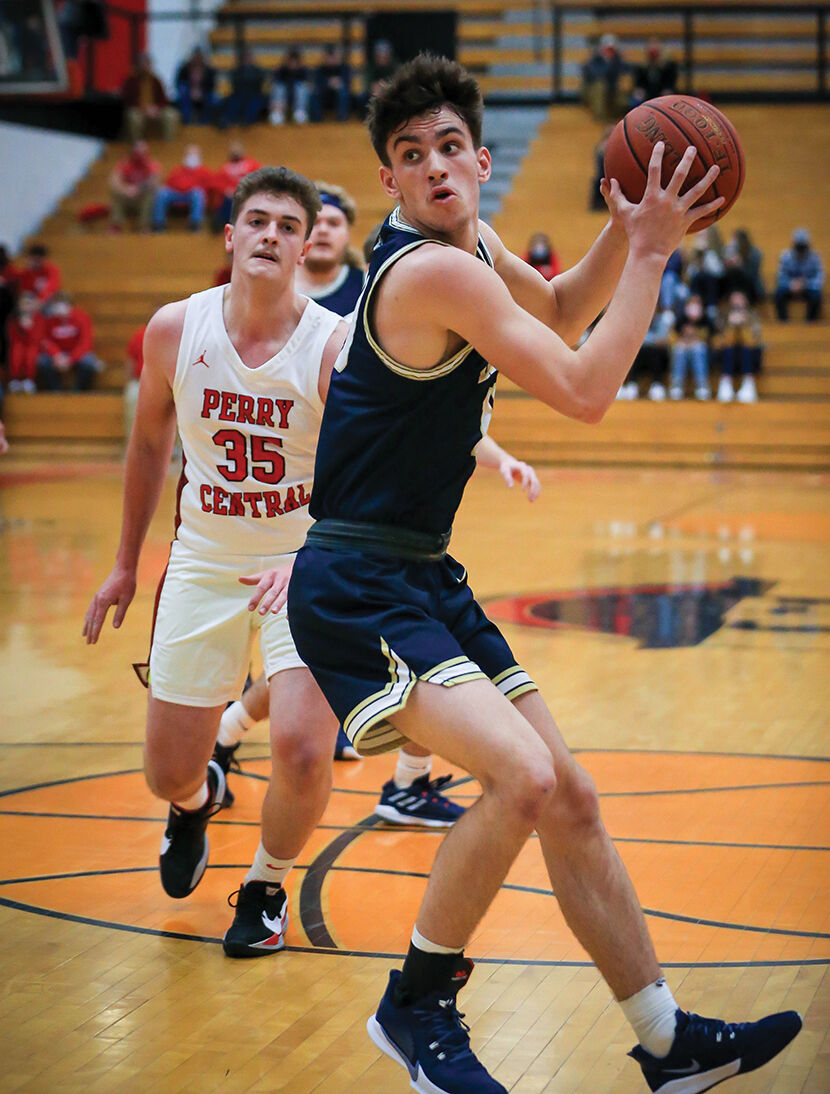 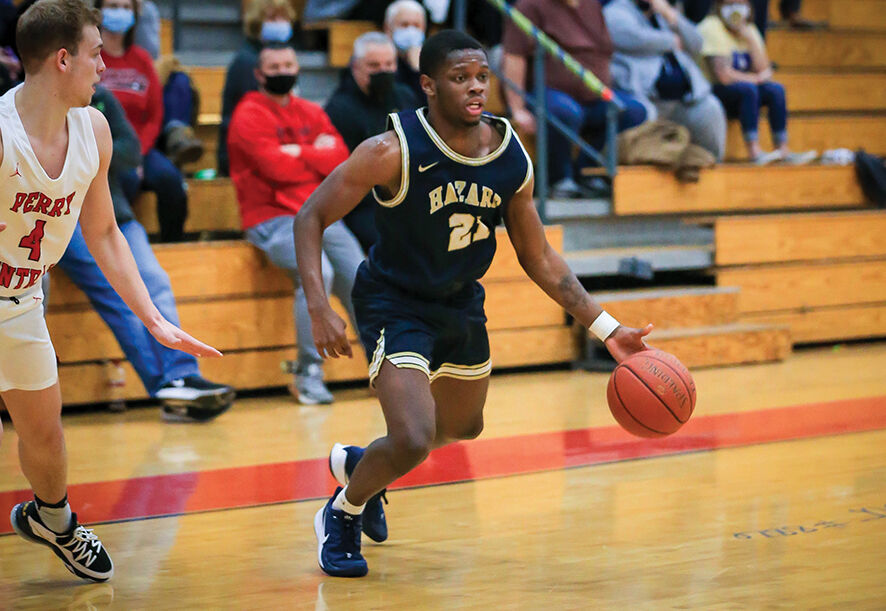 Hazard’s Jamal Hazell dribbles the ball against Perry Central Saturday night in 54th District action. The Bulldogs picked up a 58-48 win over the Commodroes. The Bulldogs followed with a 101-71 win over Cordia to improve their record to 5-2 on the season. Hazard has won five straight after an 0-2 start. Hazard is scheduled to visit Owsley County Saturday at 3:00 p.m.

The Bulldogs owned a 25-22 advantage in rebounding.

Hazard recovered from a slow start to notch the district win.

Perry Central outscored Hazard 14-9 in the opening quarter. However, the 54th District rivals were tied 20-20 at halftime.

After the third quarter ended with the Bulldogs and Commodores tied 35-35, Hazard finished strong. Hazard outscored Perry Central 23-13 in the fourth quarter to claim the district win.

Stories from the Heart: Donovan Wilson doesn't forget his hometown

Ford and Jones combined to pace the Bulldogs inside, pulling down eight rebounds and seven rebounds, respectively.