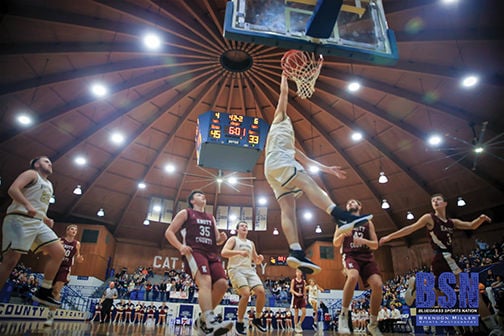 Hazard’s Logan Hall goes up for a dunk over Knott Central in the 14th Region championship at Breathitt County Sunday. 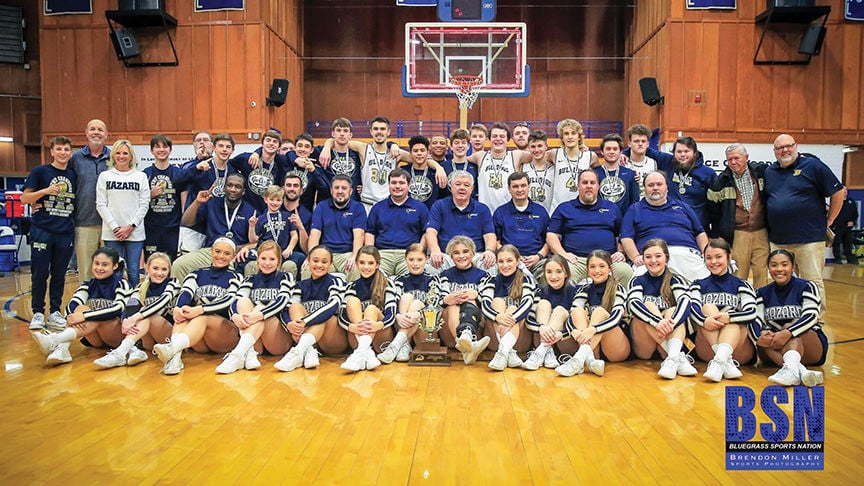 The Hazard Bulldogs take a team photo with all the players, coaches and cheerleaders after knocking off Knott Central in the 14th Region All “A” Classic championship. 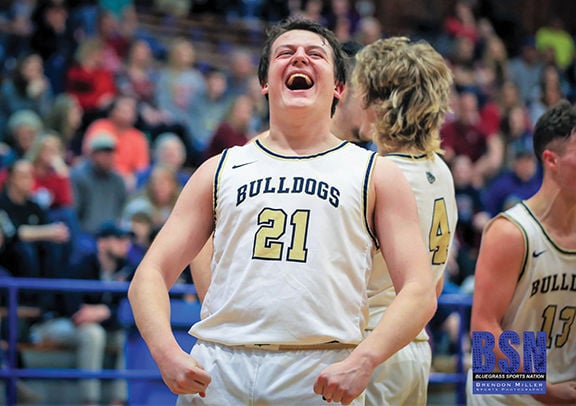 Prevailing on a neutral floor, Hazard pulled away to defeat longtime rival Knott Central 62-54 in the 14th Region All “A” Classic title game at Breathitt County High School on Sunday.

The Bulldogs knocked off Wolfe County to open the 14th Region All “A” Classic. Hazard followed with a 49-42 win over Cordia to advance to the 14th Region championship against Knott Central.

With the wins, Hazard improved to 13-2 and advances to the All ‘A’ Classic statewide tournament.

The Bulldogs just wouldn’t be stopped in the 14th Region All “A” Classic championship game.

Knott Central dropped to 12-4 with the loss.

Wade Pelfrey scored 17 points to lead Hazard to the championship-clinching victory. Pelfrey was six for seven from the free-throw line.

Finishing directly behind Pelfrey in scoring for the Bulldogs, Jacob Johnson netted 16 points. Johnson was five for six from the free-throw line.

Accompanying Pelfrey and Johnson in double figures for Hazard, Logan Hall added 12 points. Hall was five of 10 from the field.

Reece Fletcher flirted with a double-double and was key in Hazard’s win, adding eight points and 10 rebounds for the Bulldogs.

Hazard is scheduled to host Knott Central for a late-season matchup on February 4.

With the loss, the Commodores have dropped four games in a row.

Hazard (13-2) is scheduled to host Buckhorn Friday night at 7:30 p.m. in 54th District action. The Bulldogs are scheduled to take on the Region 5 champions in the All “A” Classic state tournament next Thursday at 5:00 p.m.