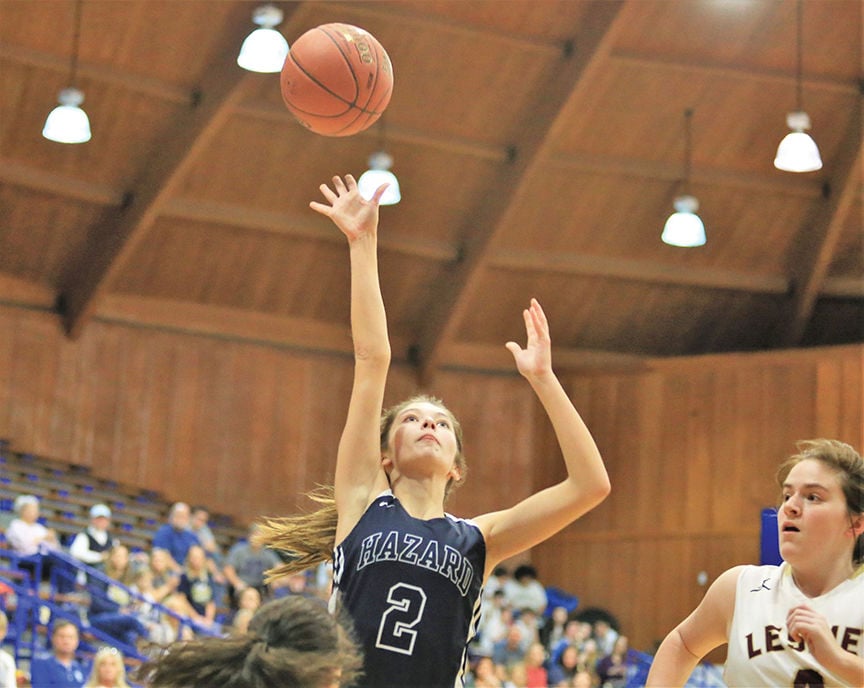 Hazard’s Haley Caudill goes up for a shot against Leslie County in the 14th Region All “A” Classic at Breathitt County this weekend. The Lady Bulldogs fell to Leslie County 57-54. 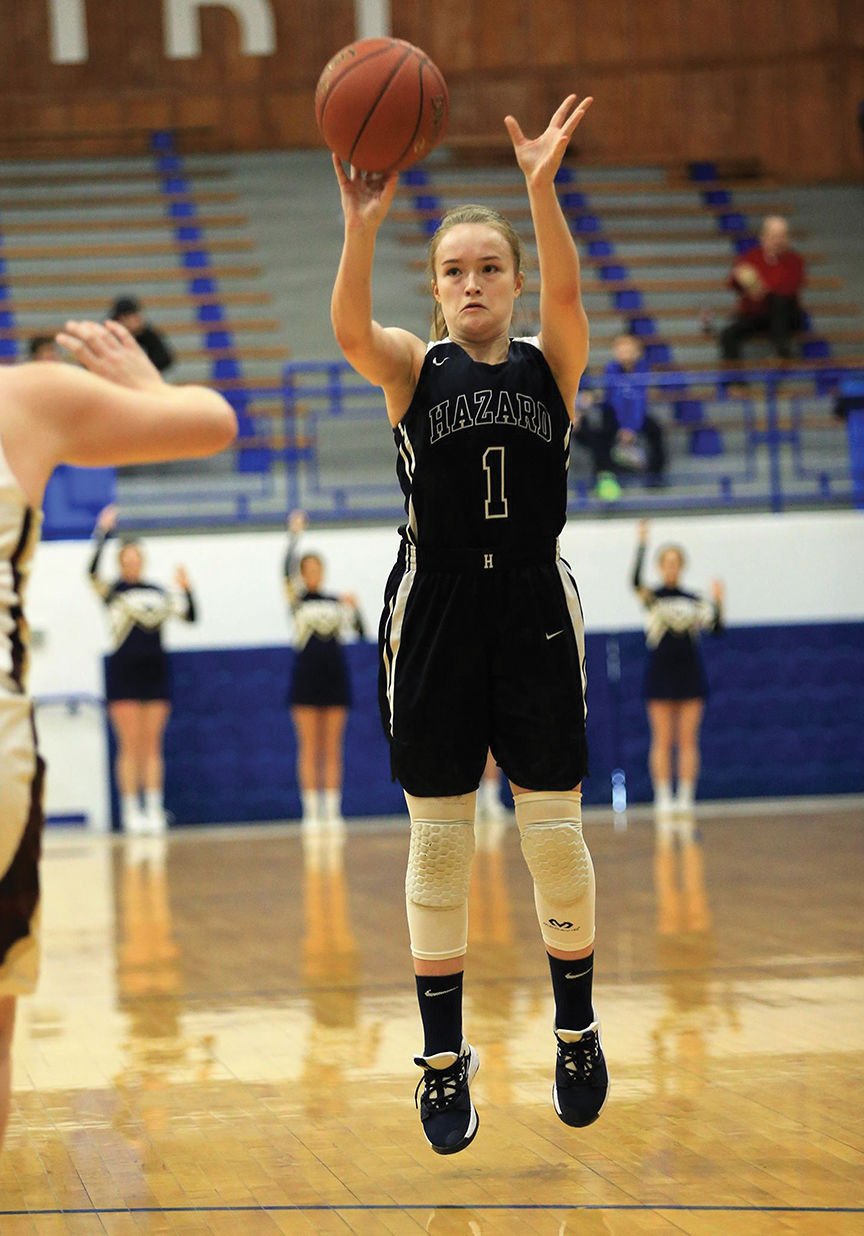 Hazard’s Libby Danner goes up for a shot in the 14th Region All “A” Classic at Breathitt County. 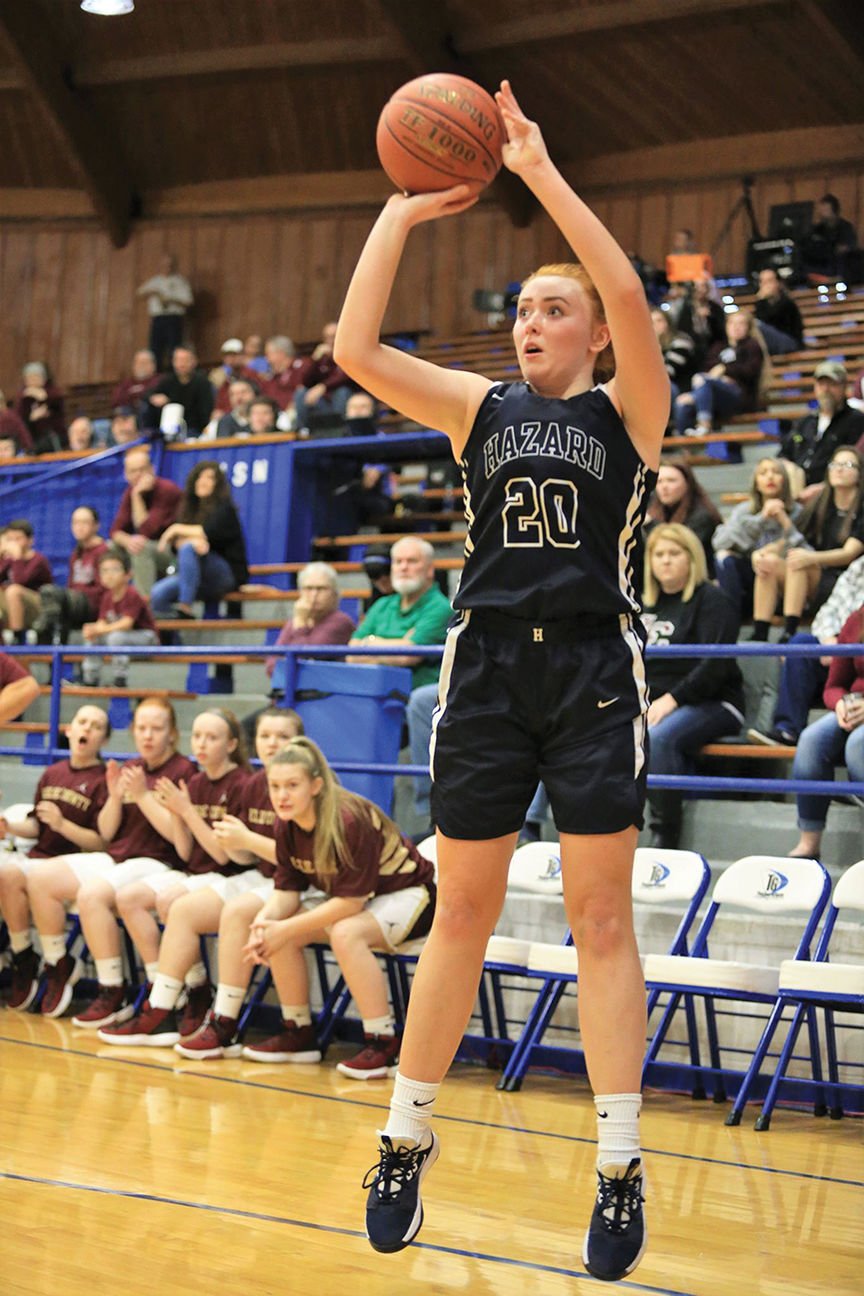 Hazard’s Tayler Riley goes up for a shot in the 14th Region All “A” Classic at Breathitt County.

With the win, Hazard improved to 9-5.

Clay County dropped to 8-6 with the loss.

The Lady Bulldogs were knocked out of the 14th Region All “A” Classic by Leslie County 57-54 in the second round of the tournament.

Hazard, which swapped leads with Clay County during the hoops matchup, shot 48.6 percent (18 of 37) from the field. The Lady Bulldogs were three of nine from three-point range.

Hazard shot 83.3 percent (five of six) from the free-throw line.

Kaylee Mathis led Clay County with a game-high 21 points. Mathis was three for-3 from inside the arc and the only Clay County player to reach double figures in the scoring column.