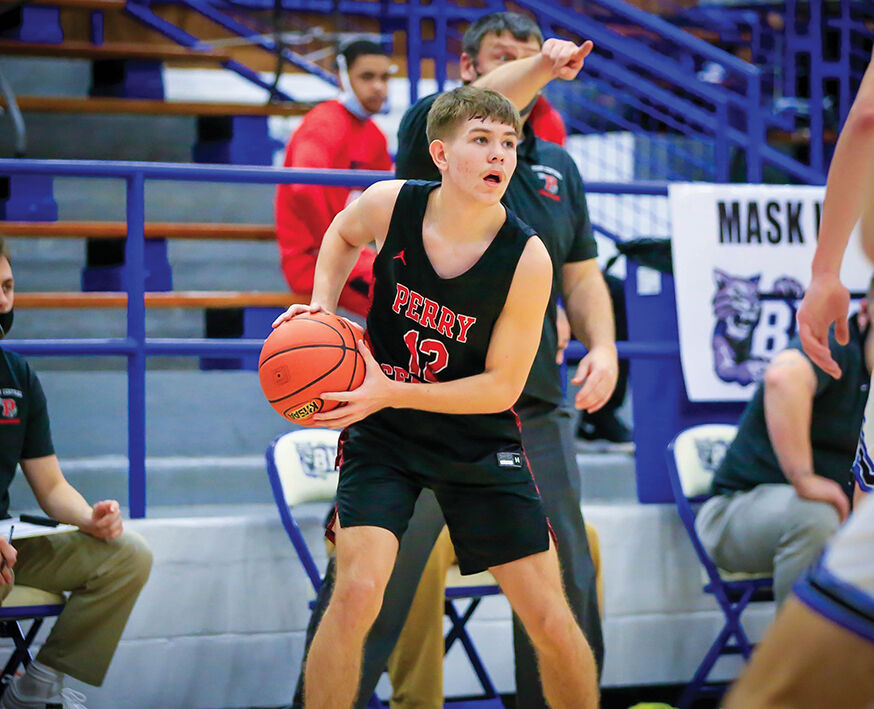 Perry Central’s Tyler Fannin looks to make a pass on the wing against Estill County Saturday. The Commodores picked up a 40-37 win over Estill County in the opening round of the 14th Region Tournament. 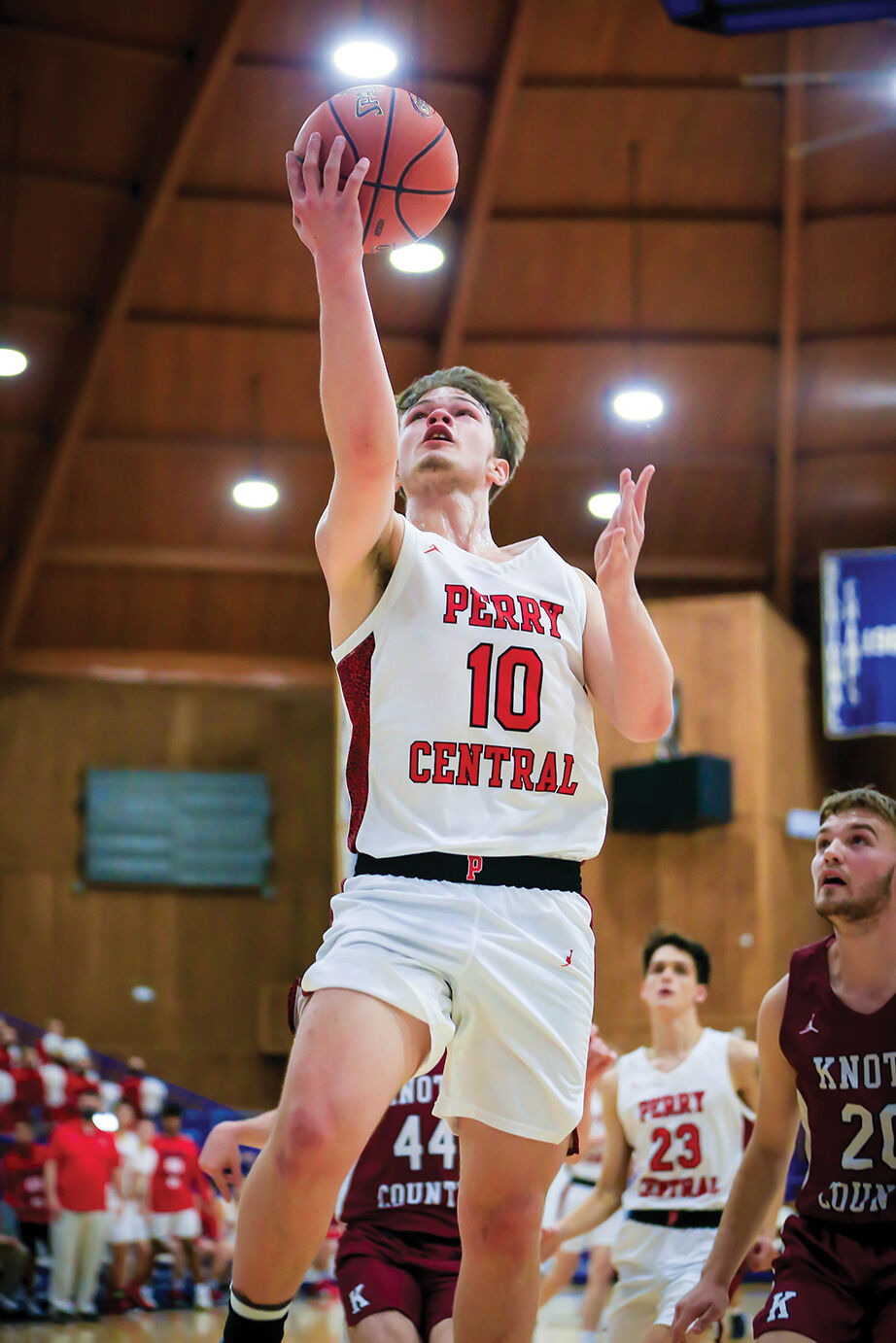 Advancing in the postseason, Knott Central improved to 17-7 after notching the win.

Thriving offensively, Knott Central shot 62.9 percent (22 of 35) from the field. The Patriots were three of eight (37.5 percent) from three-point range.

Four Patriots reached double figures in scoring. Colby Napier scored a game-high 27 points to lead Knott Central to the win. Napier was eight of nine from inside the arc.

Perry Central finished five of 12 (41.7 percent) from the free-throw line.