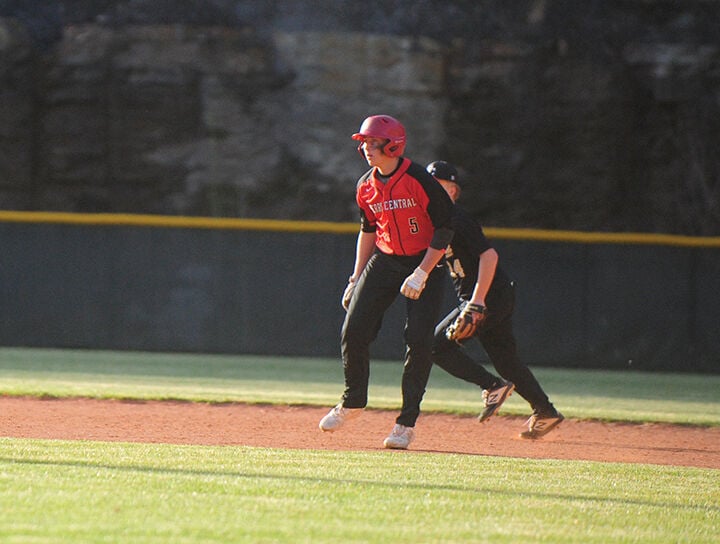 Perry County Central’s Dustin Fields takes his lead off of from second base against Floyd Central. 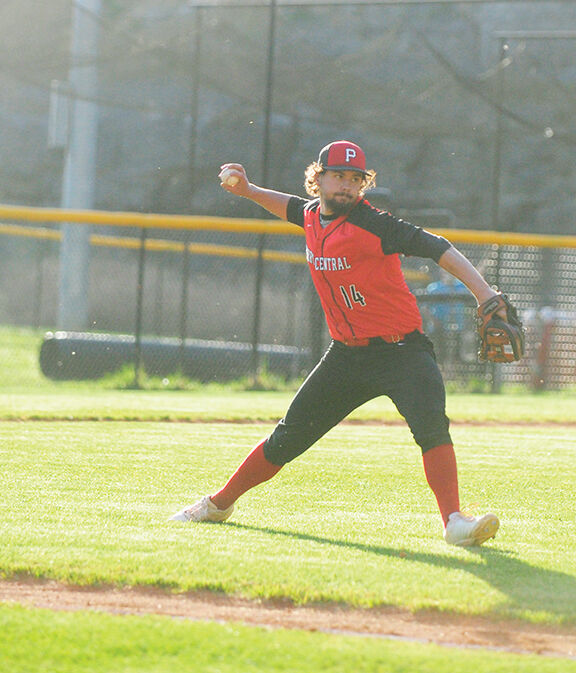 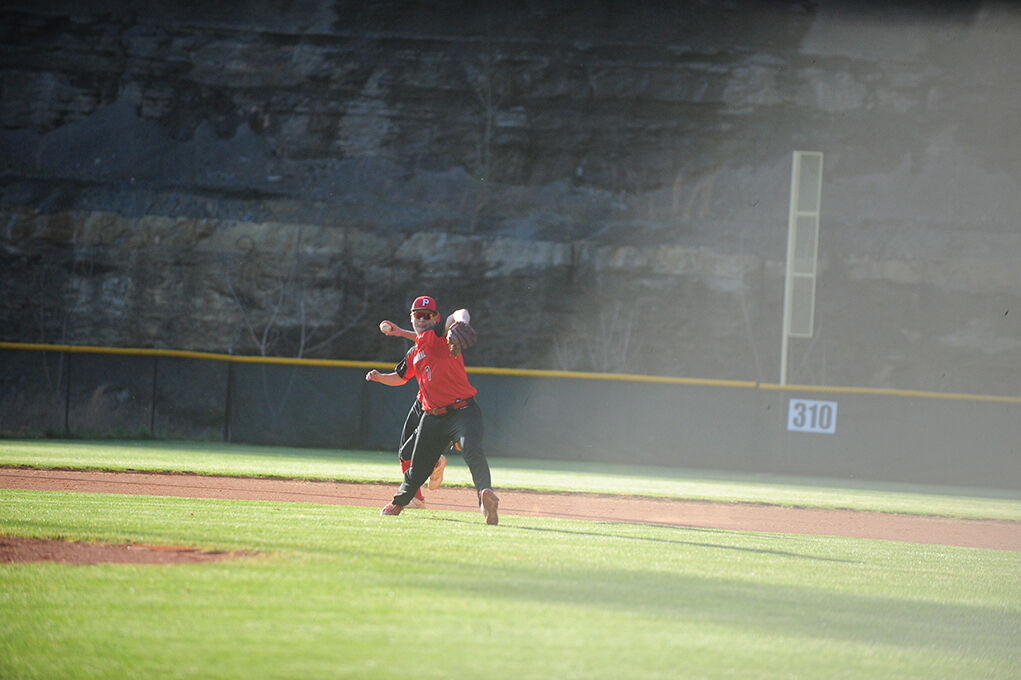 Perry County Central’s Mason McAlarnis prepares to make a throw to first base.

The Commodores faced a 2-0 deficit before plating a pair of runs in the top half of the third inning to pull even.

Floyd Central moved back out in front 3-2 but the Jaguars’ lead was short-lived. Perry Central erupted for seven runs in the fourth-fifth innings to take a 9-3 lead.

Contributing on the mound for the Commodores, Braxton Amburgey threw three innings in relief.

Helping his pitching cause, Bentley went two for four at the plate for Floyd Central.

The Commodores and Jaguars combined to commit seven errors.

Perry Central is scheduled to host Floyd Central on May 3.