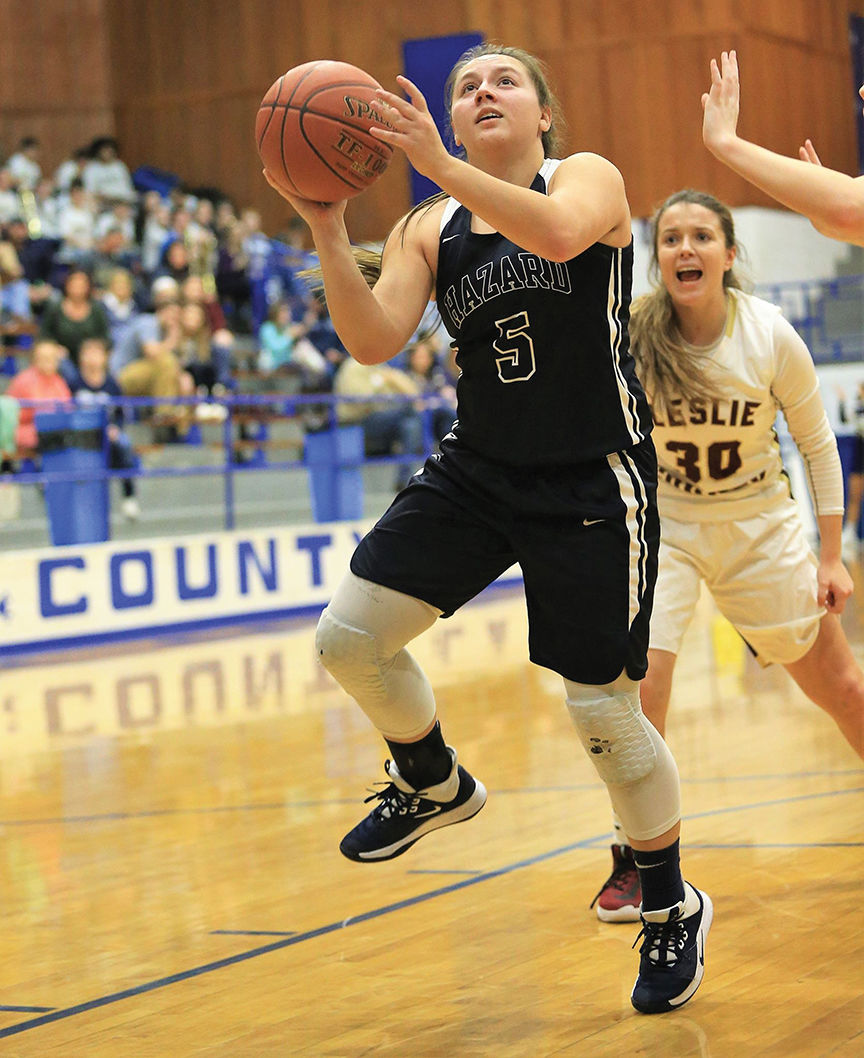 Hazard’s Desiree Sturgill goes up for a shot against Leslie County in action earlier this season.

WHITESBURG — Hazard passed another postseason test on Tuesday night, holding on to defeat Estill County 46-40 in the opening round of the 14th Region Girls’ Basketball Tournament at Letcher Central.

With the win, Hazard improved to 19-10 and advanced to the 14th Region Girls’ Basketball Tournament Semifinals.

Estill County ended its season 12-20 with the loss.

Hailee Mullins netted 14 points to lead Hazard to the victory. Mullins was four of five from inside the arc.

Estill County shot 40.5 percent (15 of 37) from the field. The Engineers were one of three from three-point range.

Estill County shot 64.3 percent (nine of 14) from the free-throw line.

Mia Hale led Estill County with a game-high 19 points. Hale was five of 10 from inside the arc.

Both Hazard and Leslie County advanced to the 14th Region Girls’ Basketball Tournament.

Hayley Caudill, one of the top players in the 14th Region, led Hazard with a team-high 13 points. Finishing directly behind Caudill in scoring for the Lady Bulldogs, Hailee Mullins netted 12 points.

Leslie County shot 43.8 percent (seven of 16) from the free-throw line.

Lexy Meyers, who has been named the 14th Region Player of the Year, scored a game-high 22 points to lead the Lady Eagles. Meyers finished 3-for-3 from the free throw line.